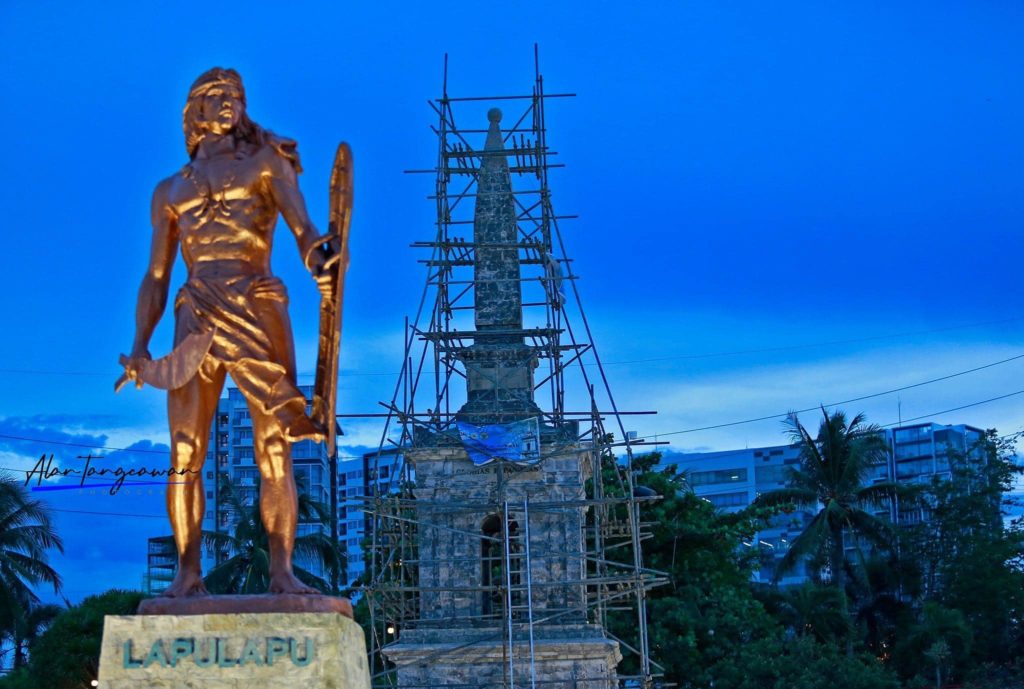 The National Historical Commission of the Philippines (NHCP) has implemented restoration works on the Magellan Memorial monument in preparation for the 500th anniversary of the Battle of Mactan. | Photo grabbed from Lapu-Lapu City Tourism Historical and Cultural Affairs Commission’s Facebook page

CEBU CITY, Philippines – Malacañang has declared 2021 as the ‘Year of Filipino Pre-Colonial Ancestors’.

With it, April 27, 2021 will be a Special Working Day to commemorate the 500th anniversary of Datu Lapulapu’s triumph in the historic Battle of Mactan.

It was signed by Executive Secretary Salvador Medialdea and President Rodrigo Duterte.

“April 27, 2021 marks the quincentennial of the victory of Lapulapu in the Battle of Mactan, while the period between March 16, 2021 and October 28, 2021 is the 500th anniversary of the Philippines’ participation in the first circumnavigation of the world, which was an achievement in science and of humankind,” portions of the proclamation read.

“The commemoration of these milestones in our rich history shall strengthen our national pride, and serve as a platform to educate our fellowmen and the whole world of the noble deeds and ideals of our ancestors,” it added.

Malacañang has also tasked the National Quincentennial Committee (NQC) to ‘lead, coordinate and supervise the nationwide observance of the Year of Filipino Pre-Colonial Ancestors.’

NQC is the government’s organizing arm for all events related to the quincentennial anniversary of the first circumnavigation and the Victory of Mactan.

Magellan died in the Battle of Mactan when he and his men attempted to subjugate Lapulapu and the entire island of Mactan. / bmjo

Your subscription could not be saved. Please try again.
Your subscription has been successful.
Read Next
Giving back: Wedding planners, suppliers organize free wedding for fishermen, trisikad drivers in Cordova town