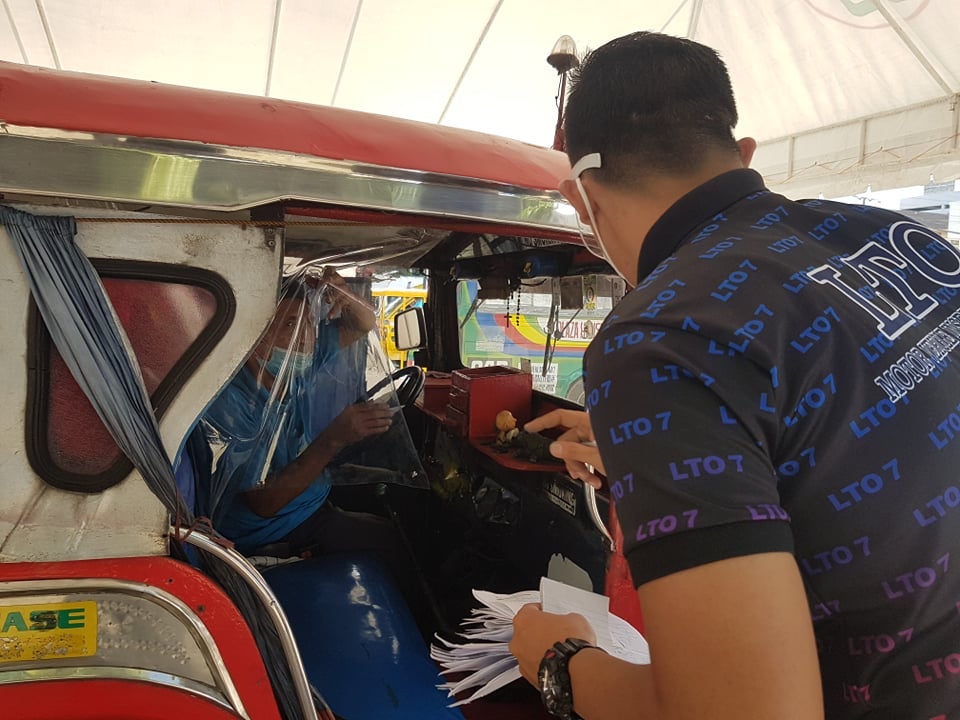 The Cebu City Jeepney Task Force (JTF) continues to conduct inspections on the roadworthiness of jeepneys wanting to return to the city’s streets. | Delta Dyrecka Letigio

This after he received reports that many jeepney drivers have been relaxed in their implementation of the health protocols including the setting up of barriers inside the jeepney or the wearing of masks by the driver.

Cuenco said passengers might be scared to report these erring jeepneys because they would feel sorry for the drivers who would lose their livelihoods, but passengers should take note that these violations put their health at risk.

The councilor said the JTF hotlines would be open for reports and the passenger would only need to take note of the plate number of the jeepney so that the Cebu City Transportation Office (CCTO) could trace them.

(That happens because we cannot monitor all of them. We need the passengers to monitor and watch out for these violators.)

This is also why he will be asking Mayor Edgardo Labella and the barangays for additional force multipliers to monitor these jeepneys on the streets.

For now, there is barely enough personnel monitoring the jeepneys as traffic enforcers are also manning the streets in general.

Paul Gotiong, Cebu City Transportation Office (CCTO) spokesperson, told CDN Digital that there are at least 800 personnel of the CCTO and a portion of these are street enforcers.

Since traffic enforcers are busy regulating the streets, the implementation of health protocols in public utility vehicles (PUVs) is often overlooked unless a complaint is filed.

This is why Gotiong encourages passengers to take action against erring PUVs primarily by getting the attention of the driver at first and reporting to the CCTO or JTF if the driver refuses to address these problems.

Most of the common violations the CCTO has recorded for PUVs including jeepneys are overloading, violation of social distancing, and the absence or removal of plastic barriers.

Gotiong said the CCTO would support the plan of Councilor Cuenco for added force multipliers as this would help the enforcers monitor the PUVs violating health protocols.

JTF wants to reopen all jeepney routes in Cebu City

Read Next
PWDs can be more for others too, says JCI Cebu President