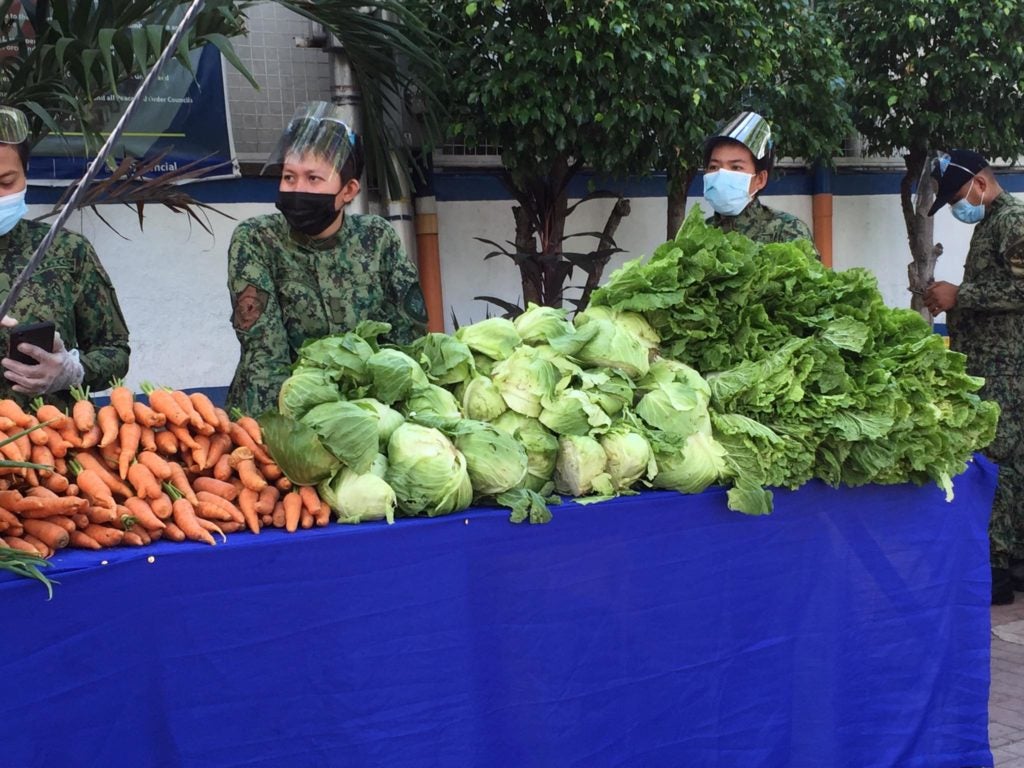 Officers from Police Regional Office (PRO-7) as they wait for the giving off commodities to start. |CDN Digital Photo by Pegeen Maisie Sararana 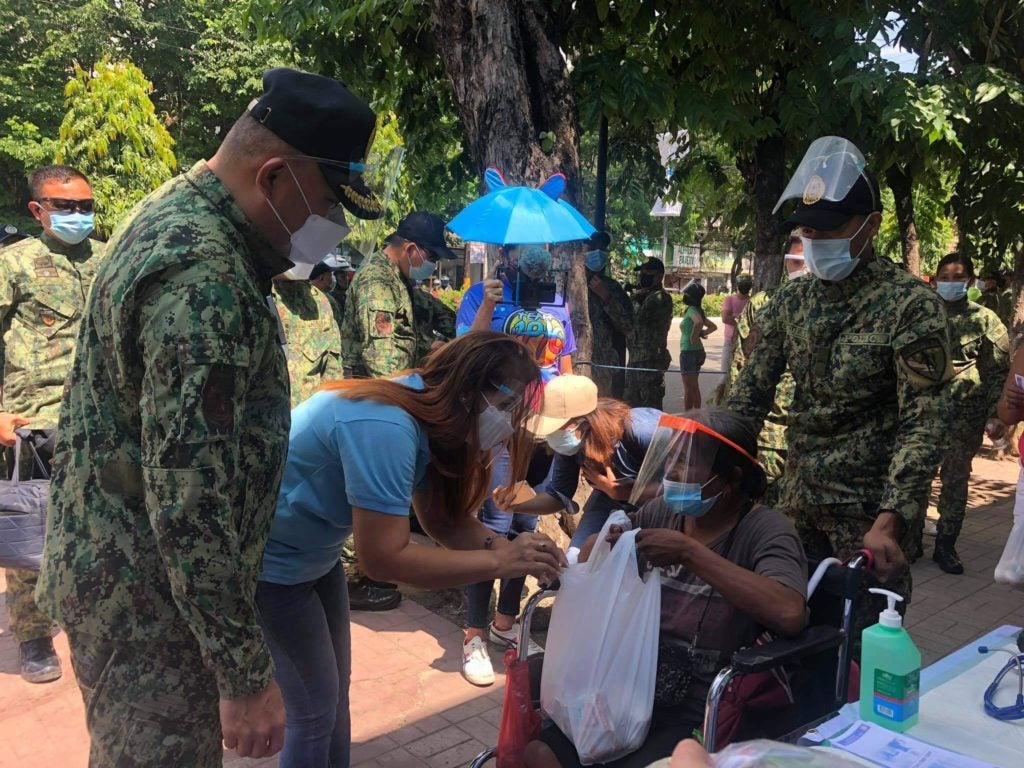 Brigadier General Ronnie Montejo and his wife help in distributing the goods to Cebuanos in need at the Barangayanihan stand at the Police Regional Office in Central Visayas headquarters in Osmeña Boulevard in Cebu City. | Photo by Pegeen Maisie Sararaña 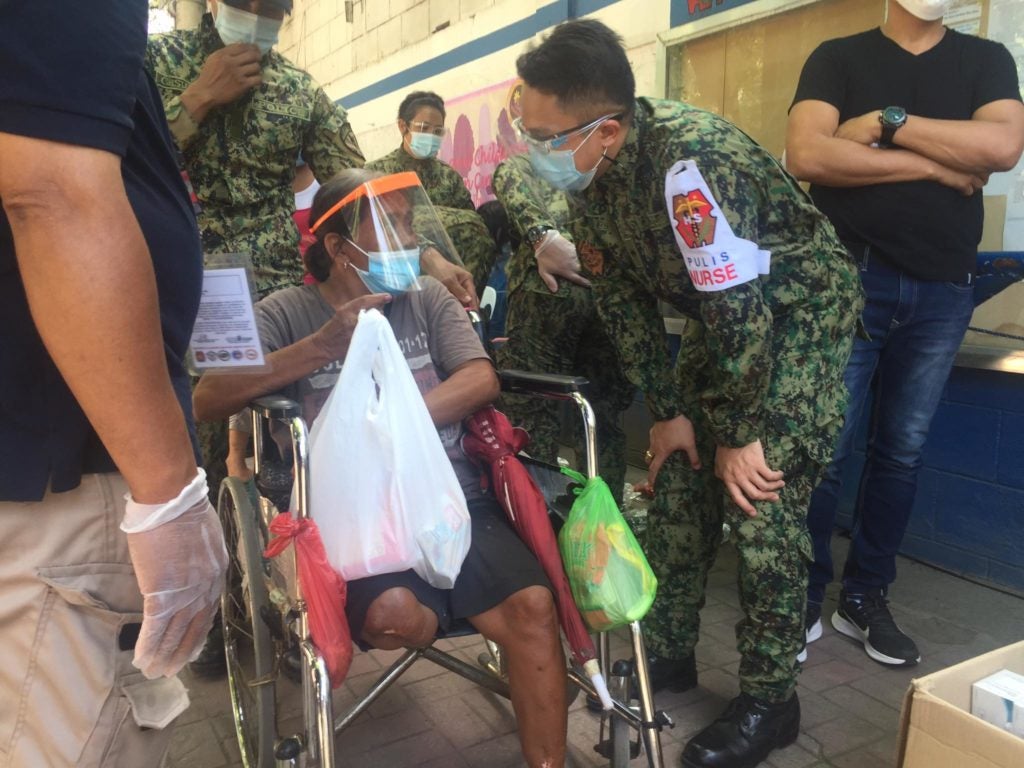 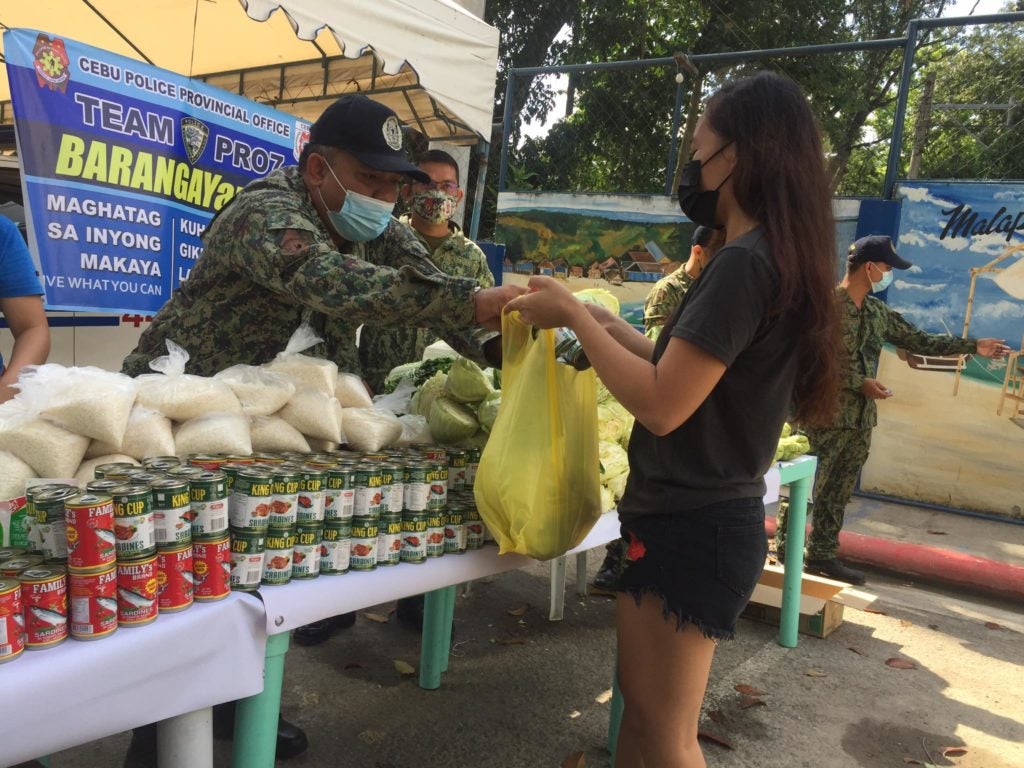 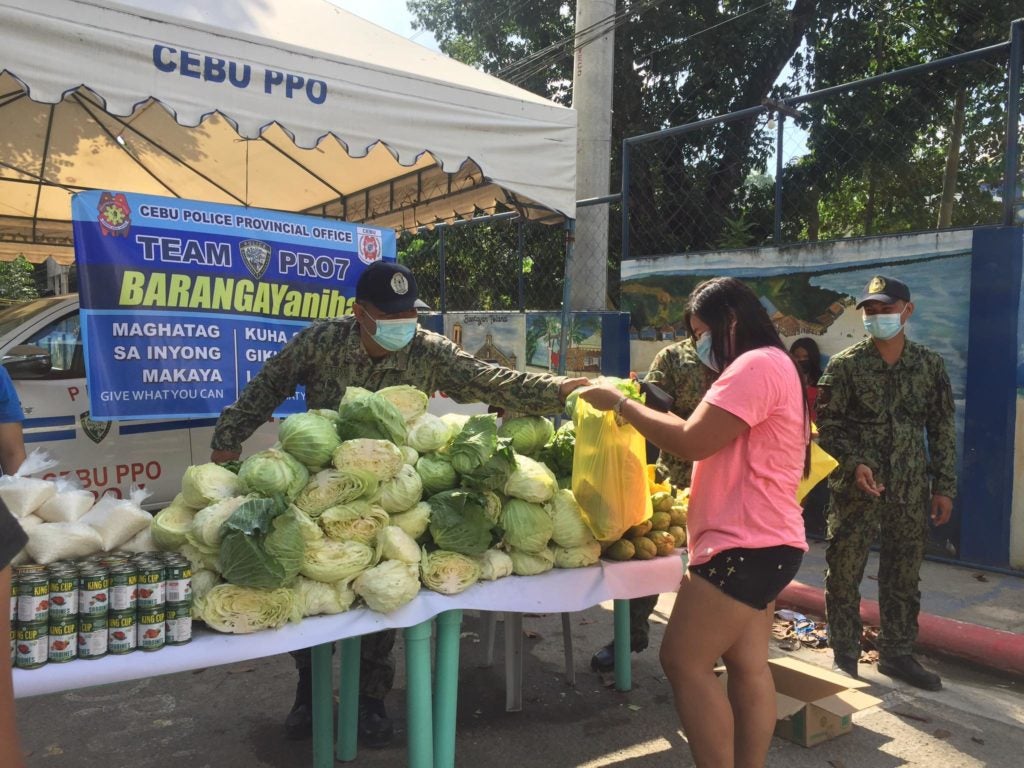 Vegetables are among the free goods given by the CPPO policemen at their Barangayanihan stand at the CPPO headquarters in Barangay Lahug, Cebu City.| Photo by Pegeen Maisie Sararaña 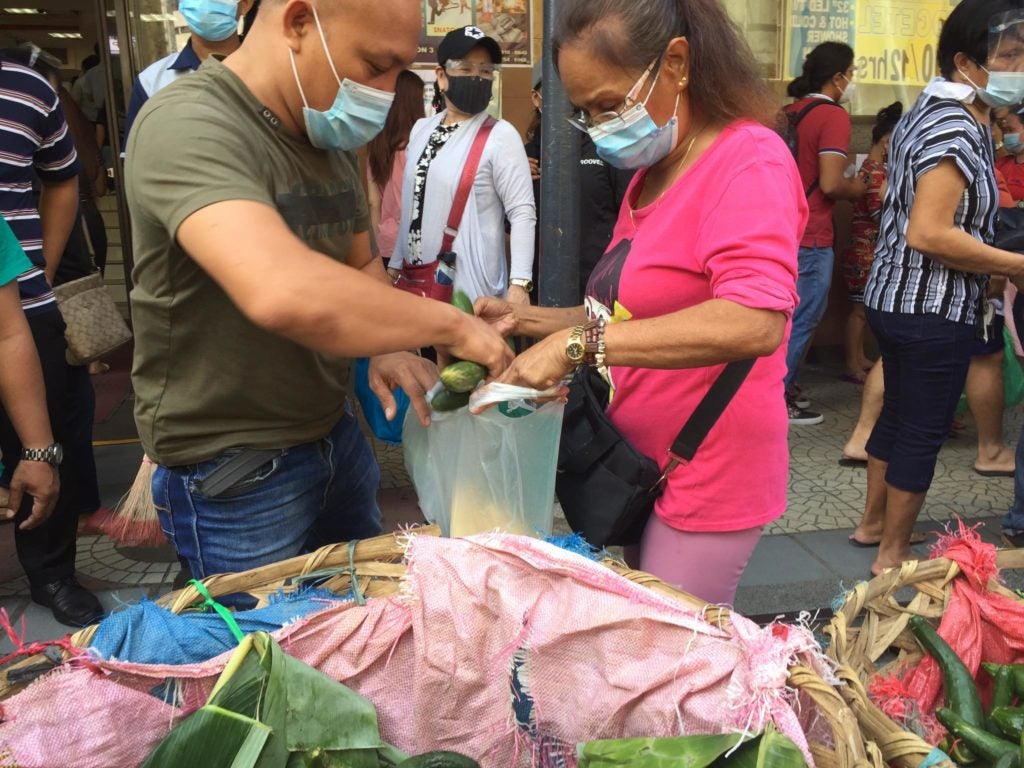 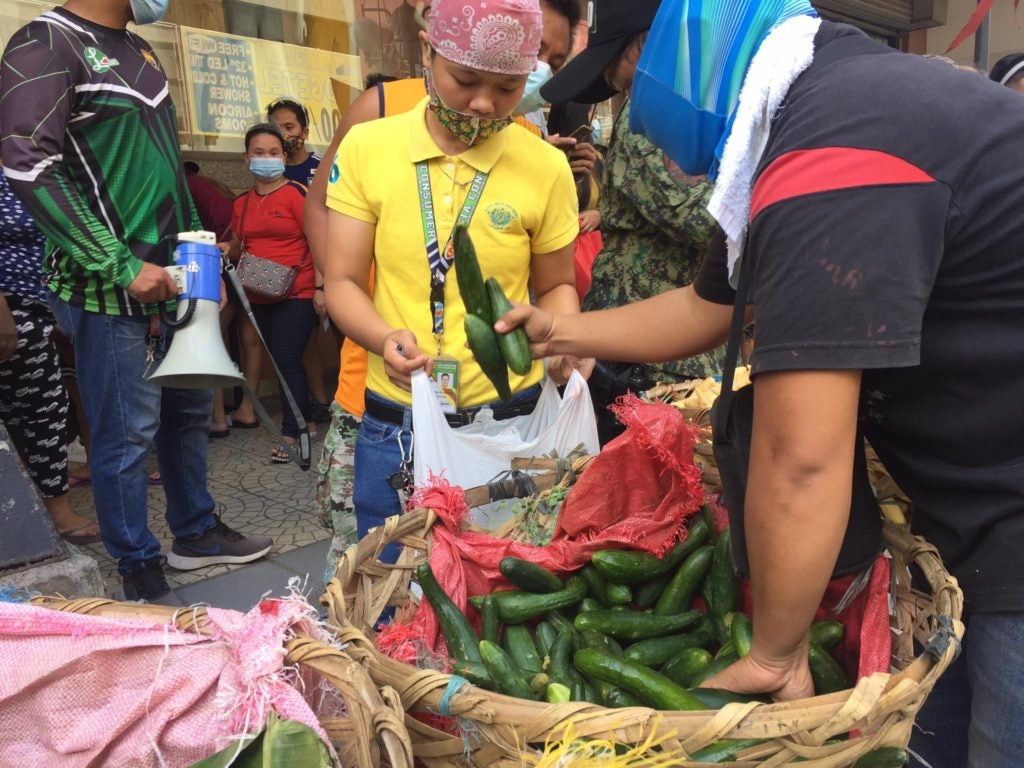 Fresh cucumbers are among the fresh goods that Waterfront Police Station policemen distributed to Cebu residents at their Barangayanihan stand in Colon Street in downtown Cebu City. | Photo by Pegeen Maisie Sararaña 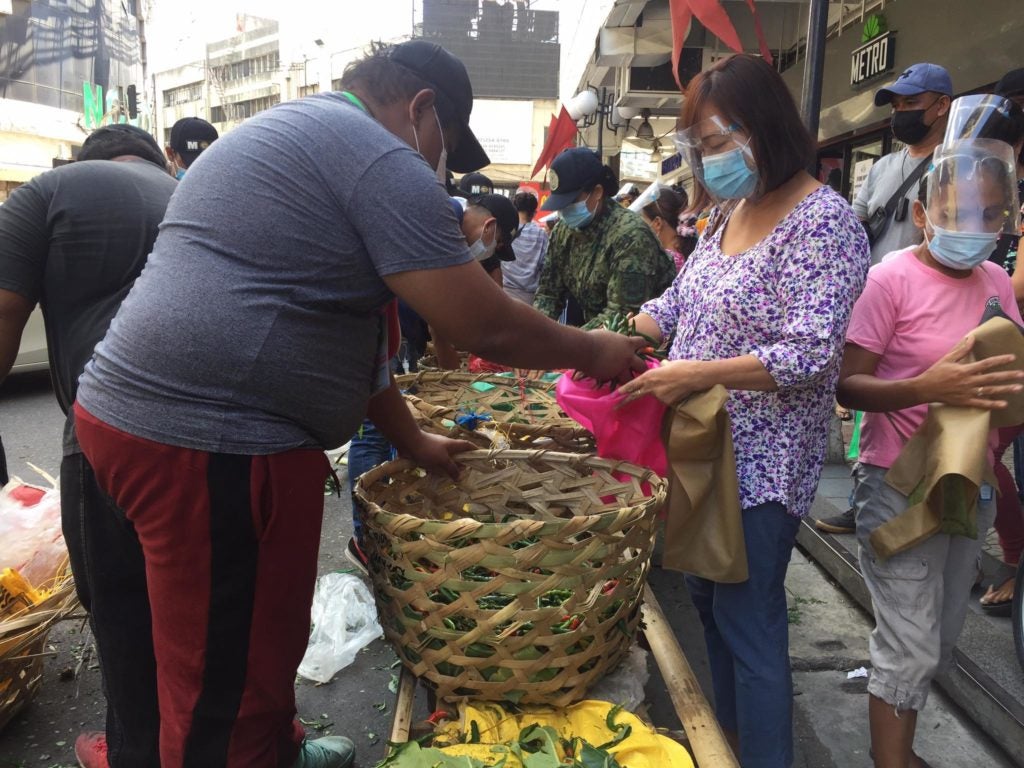 “Barangayanihan” is a program of the Philippine National Police intended to strengthen their ties with the grassroots or the community. Included in this program are putting up food pantries and free medical mission stands. Today, the PRO-7 together with other police units provided basic goods and sanitation kits to residents.