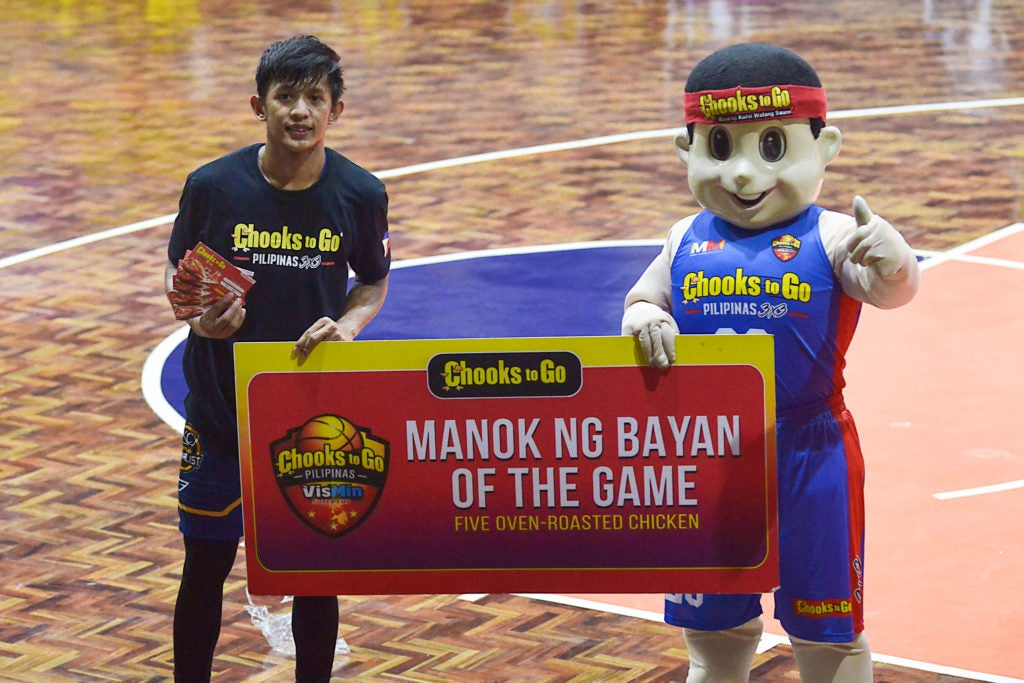 Shaq Imperial pose for the cameras after their win over the MJAS Zenith Talisay City Aquastars. | Photo from the VisMin Cup Media Bureau

CEBU CITY, Philippines— Shaquille Imperial has been preparing himself for that big moment of nailing the dagger three-point shot that gave the KCS Computer Specialists-Mandaue City a huge win against the MJAS-Zenith Talisay City Aquastars in game one of their best-of-three finals series in the Chooks-to-Go Pilipinas VisMin Super Cup held in Alcantara, southwest Cebu on Friday evening, May 7, 2021.

Imperial displayed so much poise and confidence when he took the winning shot.

Thanks to all the preparations that he made.

Down by two with a minute left, the 25-year old former Cesafi men’s basketball finals MVP sank a three-point shot that gave his team the one point lead,67-66, en-route to taking game one against title favorites, the Aquastars.

The Specialists had mostly leaned on its veterans like Gryann Mendoza, Ping Exciminiano, and Al Francis Tamsi in their campaign, but when the lights were at its brightest, they found an unlikely hero in Imperial.

His first three-point attempt missed but he was able to get a rebound. Luckily for the 6-foot guard, he was able to grab the miss but his leaner again clunked off the rim.

His teammate, San Beda product Michole Solera was at the right place and at the right time, hauling down the board and passing it off to Imperial who was spotting up from the top of the arc.

With no hesitation, Imperial threw a triple that found nothing but net. On top of the crucial three-point shot, Imperial led the Specialists in scoring with 16 points along with four rebounds and two assists.

However, their unbeaten run was finally snapped.

Sweet as the victory was, Imperial knows that the championship is still far away. That is why he is not celebrating this triumph just yet as Game Two takes place tonight at 7:00 PM.

“Trust each other and trust the system of Coach Mike [Reyes].”

Read Next
Abueva: We don’t have a perfect facility