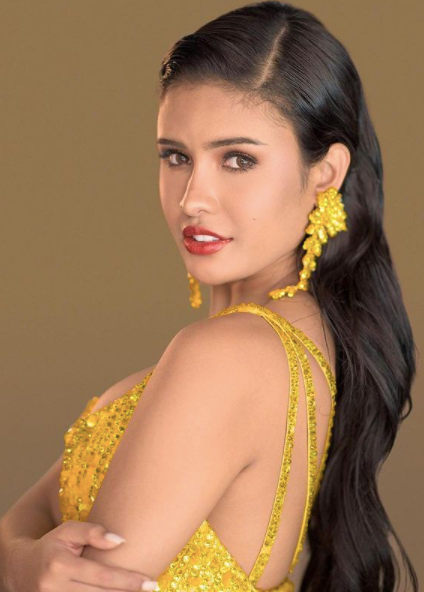 “The one-sided neckline tulle gown is elegantly encrusted with Citrine Swarovski crystals on the bodice cascading to the hem and cape over alabaster Swarovski components, glass beads, and paillettes. The dramatic and fitted silhouette adds interest and pizzazz on its own,” said Amato. 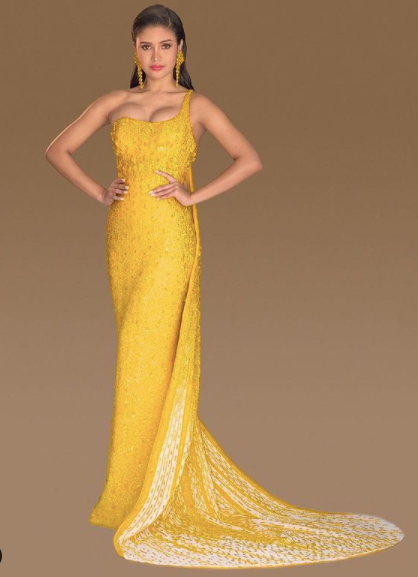 During the preliminary show, Mateo stunned the crowd, owning the stage with her head held high in a yellow and crystal-encrusted cape making her look like royalty.

“The cape added royalty to the gown, and its beadwork was inspired by the radiance of the Philippine sun which symbolizes positivity and optimism. A hope for a new tomorrow, a world with endless beauty and happiness,” added Amato.

During the preliminary swimsuit competition, Mateo was also dazzling in a yellow two-piece bikini.