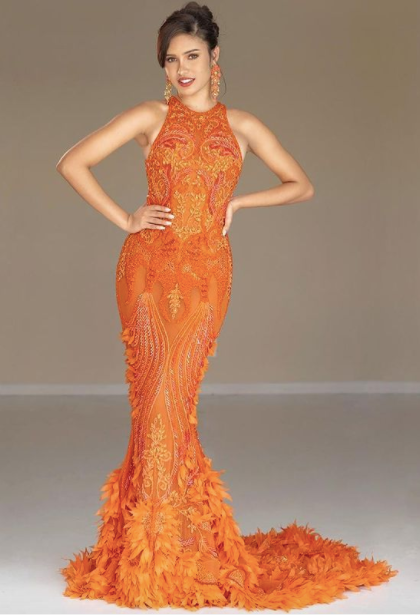 This was the color world-renowned Filipino designer Furne One Amato decided to use for Miss Universe Philippines Rabiya Mateo’s evening gown for the Miss Universe competition.

In his Instagram account, Amato gave hints to his followers about the color of Mateo’s evening gown. 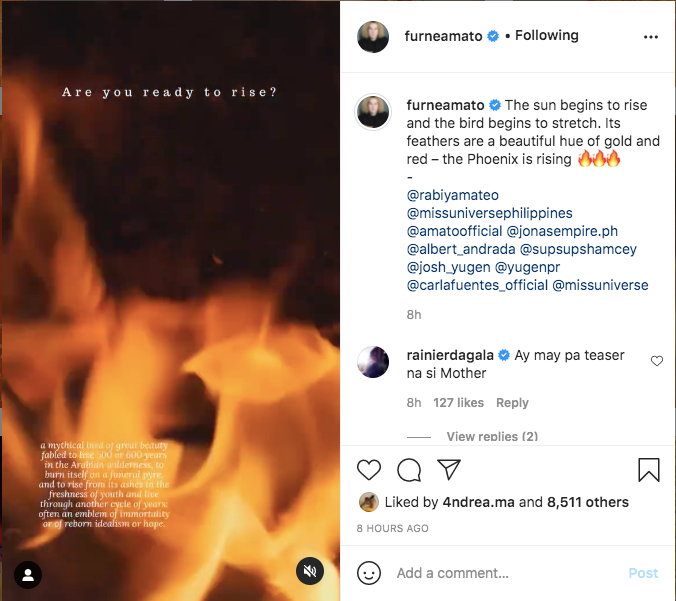 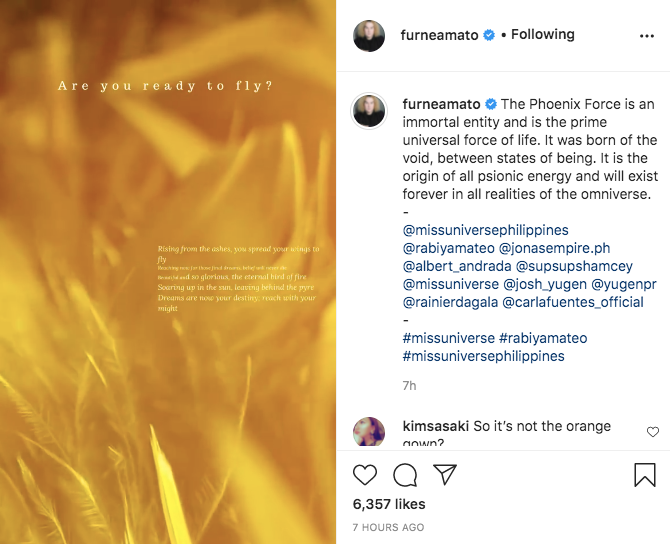 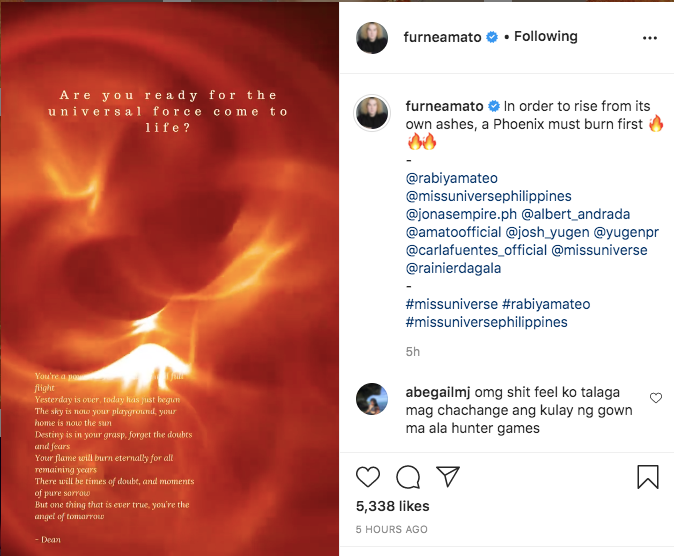 There were already leaked photos of Mateo wearing the gown during their dress rehearsals but fans couldn’t get enough of the meaning behind this beautiful creation of Amato.

“Inspired by the ‘Sarimanok’ makes this piece unique in its fashion sense. The mythical bird of the Maranao people that originated from MINDANAO, an Island south of the Philippines, symbolizes good fortune,” posted Amato on his IG account moments after Mateo failed to move to the top 10.

Orange is not a very common color beauty queens wear, especially at the Miss Universe stage. But Amato had his mind fixed to the powerful meaning behind the color, which are,  joy, happiness, and creativity.

Amato said that that tulle-based gown had a lot of components that represent the heart of the Ilonggos. The closed-neck haltered gown was embellished with Hyacinth Swarovski crystals, glass beads, and paillettes, making it standout.

“Laser-cut fabrics sprawling to the hem, formed feather-like softness, flowers, different formation of masks and headpieces which are evident during the traditional celebration. Its silhouette celebrates the representation of feminism,” further explained Amato.

Where is “The Forgotten Gown” of Miss Universe Philippines 2020 Rabiya Mateo and what is the story behind it?