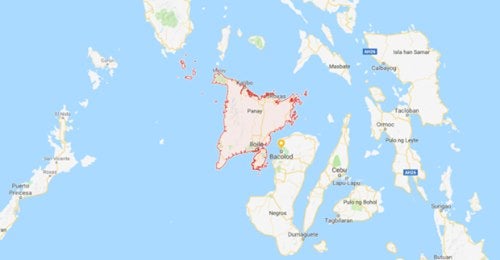 CEBU CITY, Philippines — Two brothers, one wanted for raping a 17-year-old girl while the other wanted for child abuse for having knowledge of the rape and not reporting it, were arrested in Escalante City, Negros Occidental at around 2 p.m., today, May 24.

He said that they had been monitoring these two individuals since the warrants were issued in September 2020.

He said that Judge Samson Troy Layese of the Regional Trial Court (RTC) Branch 78 of Bogo City, Cebu issued the arrest warrant for rape against Johnriel on September 18, 2020, with no bail recommended.

Judge Jinnefer Singco of the RTC 79, on the other hand, issued the warrant of arrest for child abuse against Mark. The court ordered a P200,000 bail for Mark.

Demiar said Mark, on the other hand, was accused of child abuse when he was found out to have knowledge of the alleged rape and did not report it to the authorities.

Grapa, for his part, said that he believed that the brothers knew about the arrest warrants and so they left Medellin for Negros Occidental.

Medellin police tracked the brothers’ whereabouts to Escalante City after learning that Johnriel’s wife came from there.

He said it took their tracker team four days in Escalante City to locate the brothers and finally arrested them today.

He also said that they coordinated with Police Regional Intelligence Unit of Regions 6 and 7 and the Regional Moile Force Battalion in Region 6 to help them locate the wanted brothers.

First to fall was Johnriel, who was arrested at Barangay Alimango, Escalante City, and nearly an hour later, Mark was caught at Barangay Old Poblacion of the same city.

Grapa said that Johnriel was considered as one of the Most Wanted Men in Central Visayas and the second Most Wanted Person in Medellin town.

He said that the brothers would be brought to the Medellin Police Station for proper disposition and would be turned over to the issuing court.