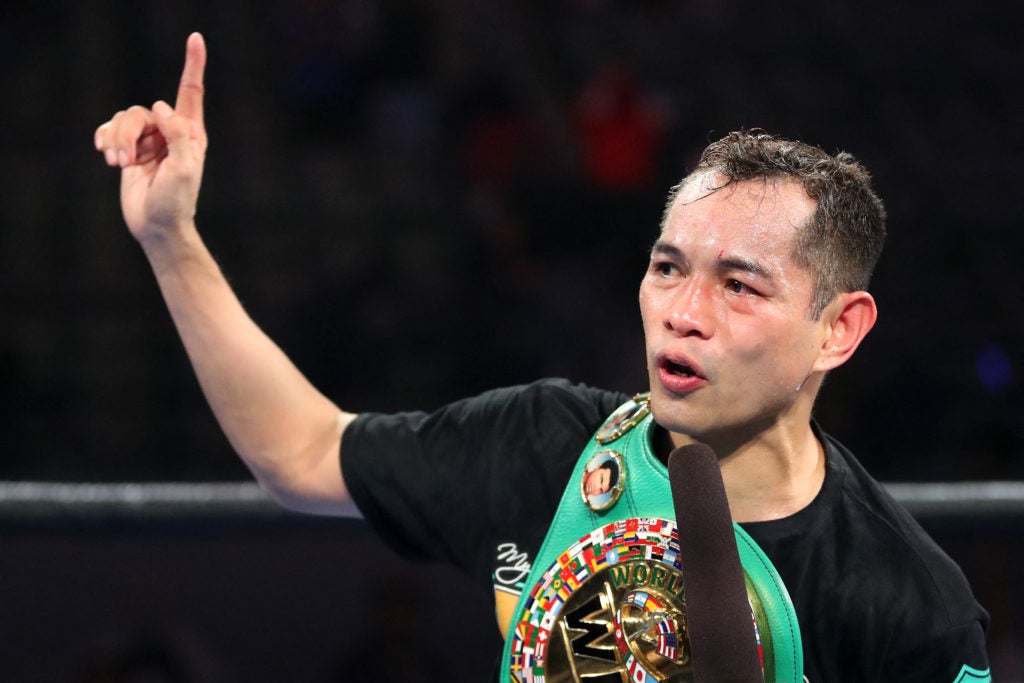 Nonito Donaire used a powerful left hook and three knockdowns to become the oldest fighter to win a bantamweight title with a fourth round knockout of WBC champion Nordine Oubaali on Saturday night in Los Angeles (Sunday morning, May 30, 2021, Philippine time).

The 38-year-old Donaire turned back the hands of time at the Dignity Sports Health Park venue as he reclaimed the WBC title that he held in 2011.

The Filipino fighter is also the oldest, at 38 years and 204 days, to win a bantamweight world title, breaking the mark he set in 2018 when he was 35 and captured the WBA belt.

“Father time is on my side,” said Donaire of Bohol, Philippines. “I believe the human body is an incredible machine if we take care of it. Mentally you are only as strong as your mind can be. 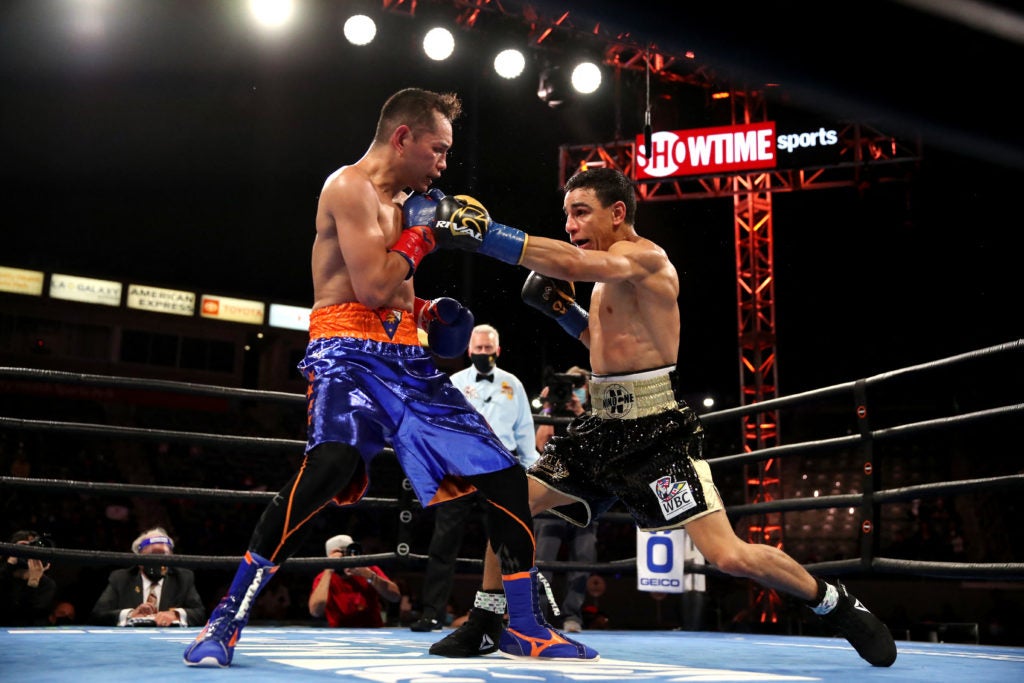 Nordine Oubaali punches Nonito Donaire in the fourth round during their WBC World Bantamweight Championship bout at Dignity Health Sports Park on May 29, 2021 in Carson, California. | Katelyn Mulcahy/Getty Images/AFP

“Being at this age is not the question. It is my ability to grow. It is not what age you are, but how strong you are mentally.

“I am back. The whole time I was not fighting I was learning. I am ready for the next one.”

Donaire knocked the French champion down twice in the third round and then finished him off halfway through the fourth round with a stinging upper cut to raise his record to 41-6 with 27 knockouts.

In the third round, Donaire scored his first knockdown with two consecutive left hooks that led to referee Jack Reiss giving Oubaali a standing eight count.

Oubaali got up but was in still in a fog and defenseless when the Filipino dropped him a second time with a devastating left as the bell sounded to end the round. Reiss gave Oubaali another standing count after the bell. Oubaali was on wobbly legs and clearly in trouble as he didn’t seem to know which direction his corner was at.

Donaire ended the fight in the fourth by landing a combination followed by an uppercut that sent Oubaali to the canvas for the third time.

Donaire showed patience in the opening rounds using them to get a read on what type of combinations Oubaali likes to throw. It was the first career loss for Oubaali who dropped to 17-1, 12 KOs.

“I know what his pattern was,” said Donaire. “I knew exactly what he was going to do. I was able to counter properly with the left hook.”

Donaire also condemned the increased acts of violence against Asians which have been taking place in America during the Covid-19 pandemic.

Donaire, nicknamed the “Filipino Flash”, came into the ring wearing a shirt with the message “Stop Asian Hate” on the front.

“Let us stop Asian hate,” he said in the center of the ring referring to the unprovoked attacks. “My elderly father is afraid to go out. Let’s stop the hate, any kind of hate.”

Meanwhile, Donaire said he wants a rematch against the unbeaten Inoue (20-0-0,17KOs), who he faced in the finals of the World Boxing Super Series in November 2019 in Saitama, Japan.

He put on a scare before losing to Inoue via unanimous decision.

“This is why I wanted to win this fight, that is my next goal, a rematch with Inoue,,” said Donaire. (With a report from Dale Rosal)

Read Next
Passenger bus rams into Mandaue home; no one hurt