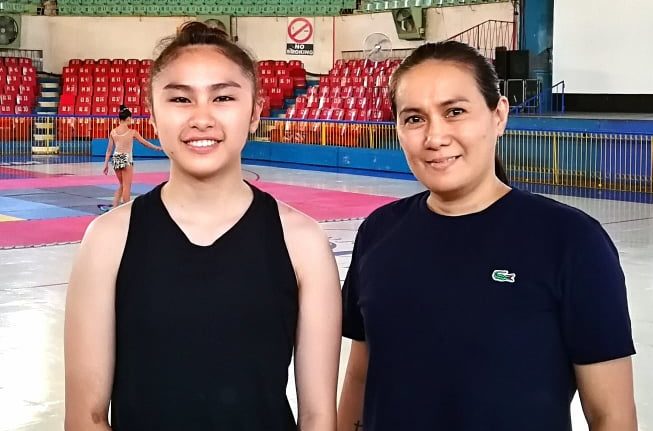 The 17-year-old Southeast Asian Games (SEAG) gold medalist is in Cebu to be reunited with her family but the reunion is expected to be a short one.

Dela Pisa, who inspired many because of her  story in beating ovarian cancer at the age of four, said she is expected to spend the next few months in Manila before going back to Hungary for training leading to the SEAG in November in Vietnam.

When asked about her experience training with Hungarian gymnasts, she said it honed her skills even better.

“We have a special training along with my fellow Filipina gymnast Breanna Labadan. It was a very nice experience but very tiring also. I’ve learned a lot with our coach, Dora Vass, who is an Olympian,” said Dela Pisa.

Labadan’s  father Arnold is their current manager in gymnastics. He sponsors their training in Hungary.

During her stay in Budapest, Dela Pisa won numerous gold medals along with Labadan. She bagged two gold medals in the hoops and club routines in the Hazimano Kupa 2021 last March. Labadan, meanwhile, topped the ball and ribbon routines.

“Coach Dora always tell us to give our best the whole time even in practice, so in the actual competition, we make few mistakes,” added Dela Pisa.

“Being there helped me and Breanna prepare for the upcoming SEA Games. We were exposed to dozens of competitions there even if there was a pandemic. The main purpose of joining competitions there is to expose us regularly and make us used to the pressure of the actual performance,” she stated.

Asked if she’s ready for the competition in Hanoi,  Dela Pisa said she needs more training.

“I’m not confident at all at this stage because I need to train furthermore and I need to cover a lot of things to prepare myself for the SEA Games,” added Dela Pisa, who also won two bronze medals in the 2019 SEA Games.

If there’s someone out there who can give an accurate assessment of Daniella Reggie’s improvement, it is her mother, Darlene, who trained her since she was a child.

“Daniela being in Hungary is a huge advantage for her because they were constantly competing there amidst the pandemic. Their training is non-stop, they train five to six hours a day and only have two days rest every week,” Darlene said.

“If I compare her performance in her first SEA Games, I think her routine, her skills and her confidence changed completely. She’s far better in her routines because they are closely monitored by her coach in Hungary.”

Since she won’t have a chance to train her daughter anymore, Darlene said that she and the entire family would give her much-needed support in her training and competitions.