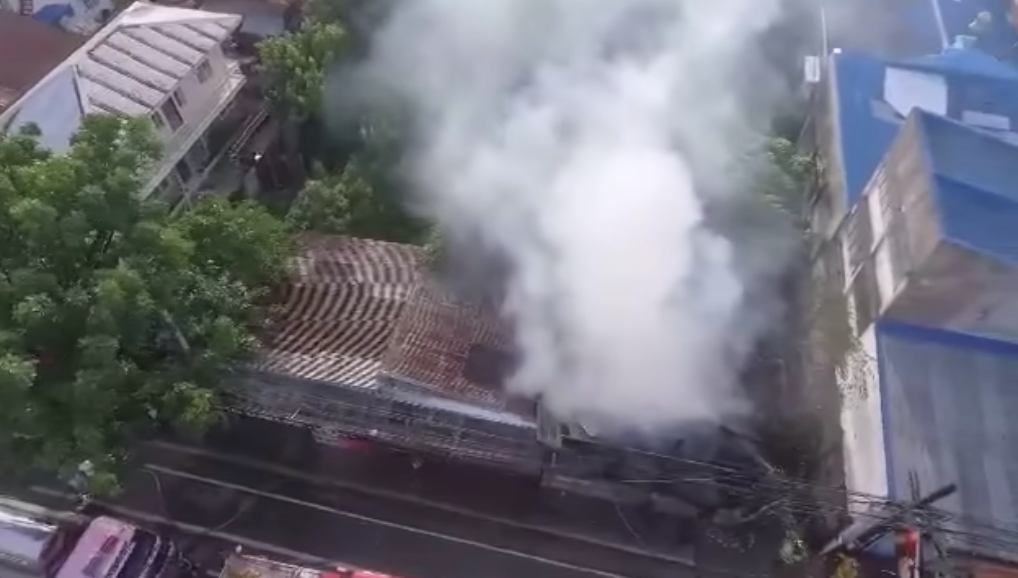 An aerial shot of the fire in Barangay Punta Princesa in Cebu City courtesy of the Cebu City Fire Station.

Firefighters received the fire alert at 6:30 a.m. Fortunately the fire was extinguished not more than an hour after.

Around 20 firetrucks responded to the fire when it was raised to first alarm at 6:32 a.m. but firefighters were able to declare a fire out at 6:49 a.m.

There were no reports of individuals injured due to the incident.

Locals in the area told reporters who were in the fire scene that the burning site was an abandoned warehouse.

Fire investigators have yet to determine the cause of the fire but tenants of nearby apartments and commercial establishments believed that it was caused by unattended cooking.

They said a homeless man had been taking shelter in the abandoned property and cooks there every morning. They also claimed the man has a tendency to leave his cooking.