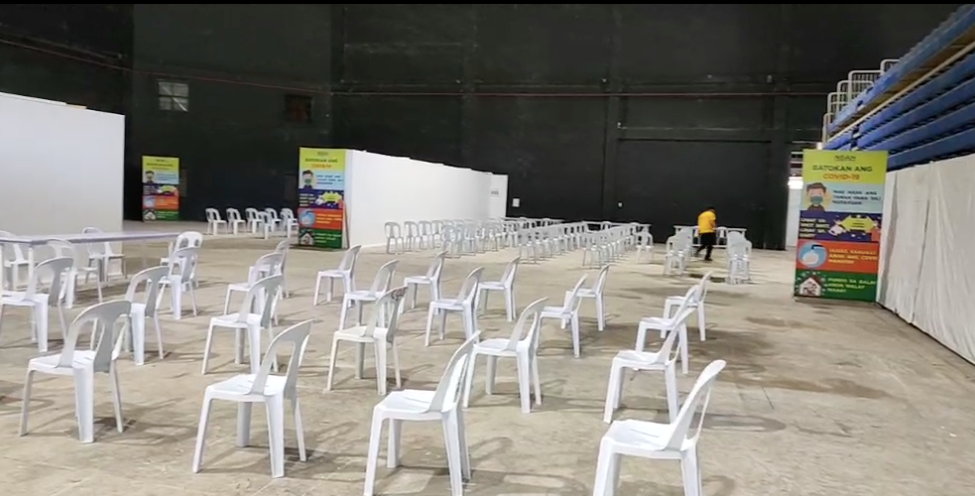 CEBU CITY, Philippines — The New Oasis for Adaptation of a Home (NOAH) at the South Road Properties  (SRP) in Cebu City is expected to accommodate up to 3,000 individuals per day at a maximum when in full operation.

The megavaccination site will soon open by mid-June, most likely on June 12, 2021.

Doctor Daisy Villa, chief physician at NOAH, said that the daily target of the megavaccination site would be at least 1,000 individuals per day.

With the huge space available, she said there would be more than enough space to make people comfortable as well as follow the social distancing protocol.

The former quarantine site have been divided into sizable portions for registration, vital signs, counseling, inoculation, and monitoring areas.

(We have lanes for pregnant women, PWD (persons with disability), senior citizens. Our clients would not be gathered together.)

For the assessment and counseling areas, cubicles were set up so that the individuals to be vaccinated can have their privacy, a distinct feature of the megavaccination site as compared to other sites in the city.

Even the inoculation area is also divided into cubicles to provide additional privacy to the individuals.

Villa said that there are 15 comfort rooms and various disinfection areas for sanitation. An emergency room for those who will be feel adverse effects of the vaccines is ready as well.

For now, the NOAH has asked the help of the City Health Department (CHD) and the Department of Health (DOH) for personnel to man the megavaccination site.

Considering the lack of personnel, NOAH may use medical interns for additional manpower, so they have also reached out to medical schools in the city for their internship programs.

Since NOAH is situated in an area without public transport the city government is set to assign four buses to bring individuals there.

Villa said she hoped that they could get everything ready by June 12, 2021, even if they could manage only partial operations, the sheer size of the NOAH complex would already make a difference in the city’s vaccination targets.

NOAH will soon be a vaccination site — Rama