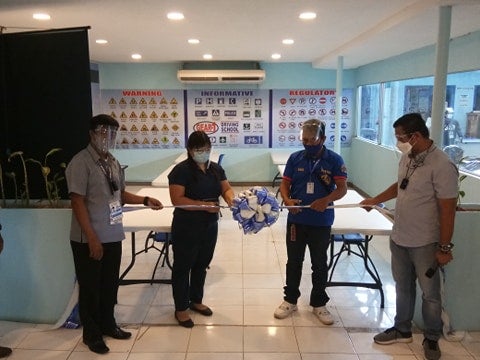 As per the latest data of the agency until May 2021, there are 2,547 graduates of the LTO 7’s Malasakit Driver’s Education Center (DEC).

According to LTO-7 Director Victor Caindec, the DEC project served 22 municipalities in Cebu Province and, at the start of June 2021, has begun servicing other provinces in the region as well through their mobile DEC.

“As of this week, the Malasakit Bus DEC has crossed over to Bohol Province with five (5) LGUs already pre-scheduled,” said Caindec.

Caindec said the Malasakit Bus DEC has recorded more graduates compared to those that took the course at the Malasakit DEC in N. Bacalso Avenue, in Cebu City. This was due to the limited capacity of classrooms at N. Bacalso, which can accommodate 5 slots of students per week, although the LTO-7 added more slots in March of this year.

“When we started in October, we can only accommodate very limited scholars due to the implementation also of the physical distancing but we have opened a bigger classroom which can accommodate up to 25 per week,” said the regional director.

The newly opened Duterte People’s Hall in N. Bacalso is expected to house more students as it is a more spacious classroom for the DEC’s TDC.

Under LTO Memorandum 2019-2176 all applicants of student permit shall undergo a 15-hour TDC.

Meanwhile, over 36,000 individuals were able to benefit from LTO 7’s electronic patrol (ePatrol), the mobile service facility of the regional agency.

“Through the Malasakit Program, LTO 7 has brought its services to far-flung areas whose constituencies were previously unserved, such as the mountain towns of Kanlaon & Guihulngan in Negros Oriental, the midlands municipalities of Carmen & Danao in Bohol, and even Tudela, a small town in the island of Camotes, which is normally accessible via Ormoc,” said Caindec.