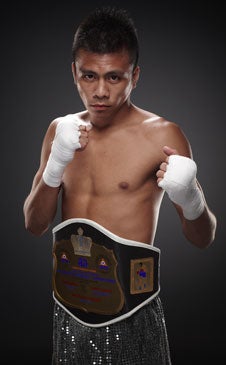 The 31-year-old Mandaue City native is on a three-fight winning streak since 2020 after he started fighting in the US. Bacon who fights in the welterweight division impressively knocked two of his three opponents in his last three fights.

He beat Argentinian boxers Gonzalo Carlos Dallera and Roque Agustin Junco in a span of two months in 2020 in the US. His most previous fight ended with a unanimous decision victory against Ramon Dela Cruz Sena, also an Argentinian boxer last January 30, 2021 in Miami, Florida.

However, it will be a tougher outing for Bacon who holds a record of 26 wins, four defeats with 17 knockouts as he takes on the much younger opponent in Rocha.

The 23-year-old American has a high knockout percentage of 59 percent with a record of 16-1-0 (win-loss-draw) with 10 knockouts. Rocha is looking to redeem himself following his loss to Rashidi Ellis in October 2020 for the WBC international welterweight title via unanimous decision.

Their welterweight division non-title showdown is scheduled for 10 rounds.

On the other hand, Bacon who fights under the banner of Sanman Promotions in General Santos City is currently being trained by Cuban boxing coach Osmiri Fernandez, who also trains Filipino super featherweight prospect Mark “Machete” Bernaldez.

Before he headed into the US, Bacon fought in Australia in 2019 against Darragh Foley where he lost by a controversial unanimous decision despite knocking down the latter in the first round.

Read Next
Hoops Dome opened for vaccination with Pfizer vaccines