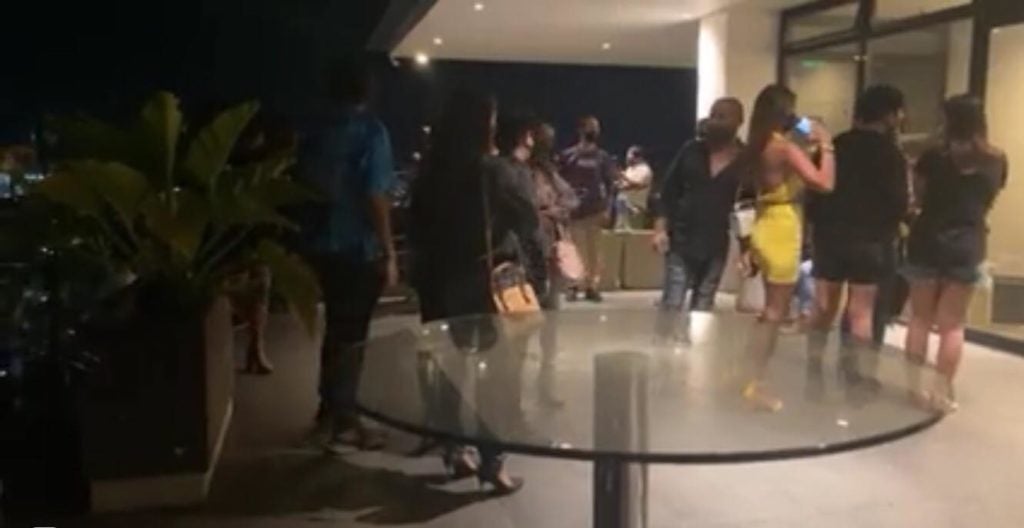 The Cebu City’s Emergency Operations Center (EOC) on Sunday, June 20, announced that they suspended the Permit to Serve Liquor to the bar management in Barangay Luz after police raided the area on Sunday midnight for reportedly not complying with minimum health standards.

Councilor Joel Garganera, head of the city’s EOC, said the city’s Business Permit and Licensing Office (BPLO) would be issuing the bar management a show-cause order to shed light on the incident.

“The management will be served show-cause order, but automatically, their Permit to serve liquor will be suspended pending investigation,” said Garganera.

Law enforcers rounded up at least 112 individuals from the bar, located at the rooftop of a mixed-use building along Archbishop Reyes Avenue for curfew and health protocol violations.

They were brought to Cogon Ramos Barangay Gym, the city’s designated holding area for health protocol violators. Each of them was also instructed to pay P500 as penalty.

But on top of these, Garganera said they were considering endorsing the full revocation of the bar’s Permit to Serve Liquor.

“Considering the gravity of their blatant violations of our existing EOs (executive orders), we might endorse for the revocation of their liquor permit. This will serve as a lesson to all who disregard our safety in this pandemic,” he said.

According to the councilor, local authorities have been closely monitoring activities on the rooftop bar for quite some time.

(We’ve been monitoring them for quite some time but they always manage to evade arrests because they’re on the roof deck, and when police will be proceeding to the location, their customers will hide in the fire exits.)

“For a time, they’ve been successful in evading our enforcers. There is always a time for everything but this time, it’s a time for them to face the consequence of their actions,” he added.