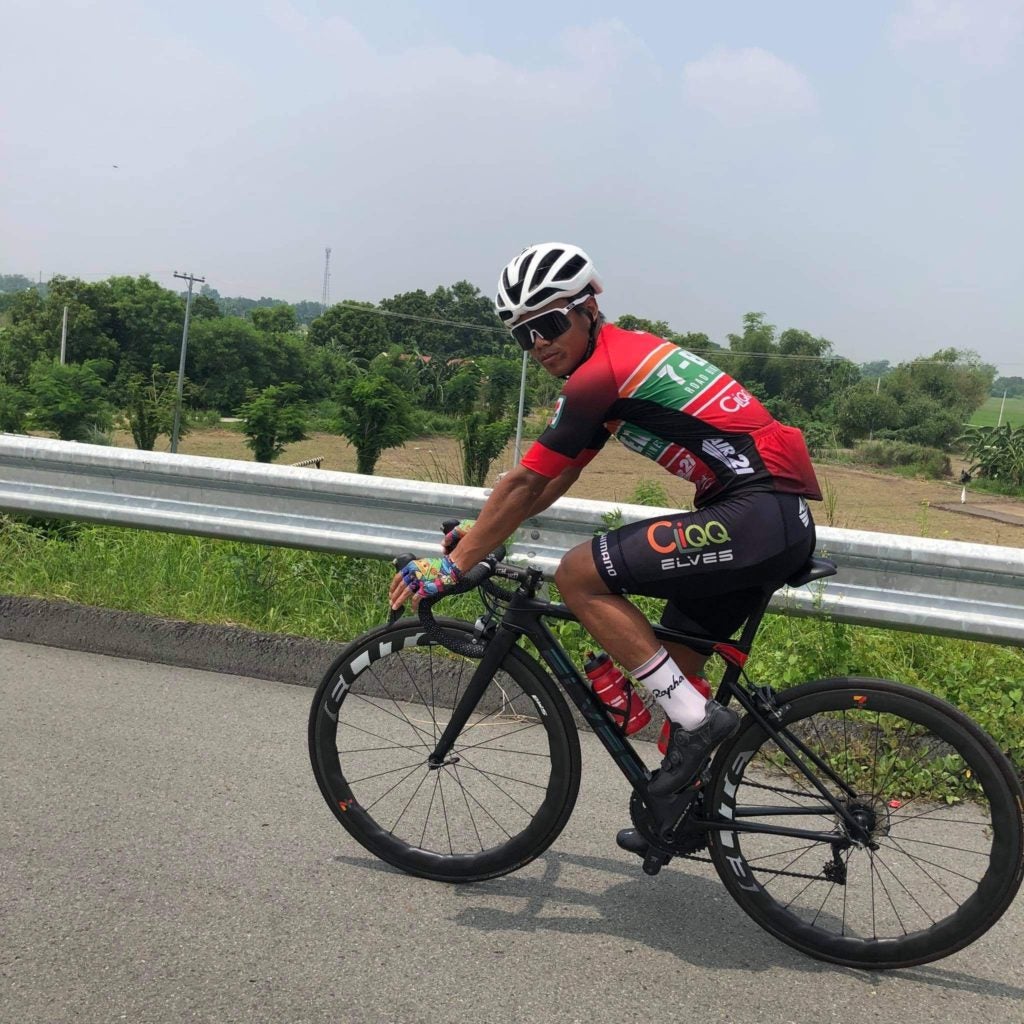 Cebu cyclist Junreck Carcueva ready to take on the National Trials at Clark this July 10 and 11. | Photo from Carcueva’s Facebook account.

CEBU CITY, Philippines — One of Minglanilla’s best cyclists, Junreck Carcueva, is confident enough to perform his best in the PhilCycling National Trials this weekend, July 10-11, 2021, at the Clark Freeport in Mabalacat, Pampanga.

One of the youngest members of the vaunted 7-Eleven Cliq Air21 Road Bike Philippines at 24, Carcueva eyes the slot for the national team and the qualification for the 31st Southeast Asian Games (SEAG) in Hanoi, Vietnam, this November.

Just like the rest of the competing cyclists, who will be seen in action in the two-day major road bike tilt, Carcueva considers this event a very important outing for him.

He will compete in the criterium race, which features a 2.3km circuit (20 laps).

His older brother, Jonel, 26, along with two other Cebuanos in Elmer Navarro and Shagne Yaoyao, will be vying in the two-day major cycling event with the hopes of making it to the Philippine team and the SEA Games.

(For us, we will not think about the results of the race, but I am 100 percent confident in this race because of our serious training.)

(Our team is 100 percent confident that we can give a good result on the race. We are ready in this race and we will have good performance for our rivals.)

Carcueva said that their training and preparation for this race was not easy because of the COVID-19 pandemic, but they managed to figure out to make the most of the available resources and places to train.

(We trained together with our teammates and in this upcoming race, the team 7-Eleven is 100 percent ready for the national trials)

Aside from making it to the Philippine team, Carcueva also considers bigger races abroad as one of his ultimate goals in his cycling career. He believes he can achieve all his goals because of the all-out support that his family is giving him.