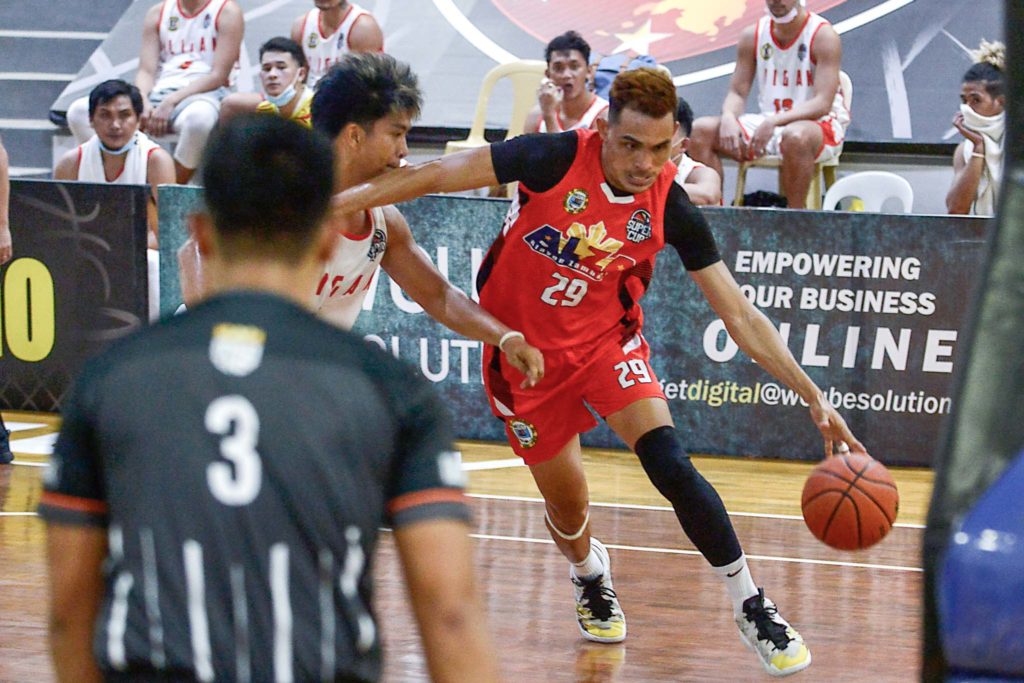 Charles Pepito (29) drives to the basket during their game against the Iligan Archangels which was halted and rescheduled due to the slippery condition of the floor. | Photo from VisMin Super Cup Media Bureau

CEBU CITY, Philippines — League officials of the ongoing 2021 Chooks-to-Go Pilipinas VisMin Super Cup Mindanao leg decided to cancel the match between the ALZA-Alayon Zamboanga and the Iligan Archangels which was played earlier today, July 9, due to safety reasons.

The Mindanao leg is currently being held at the Ipil Provincial gymnasium in Ipil, Zamboanga del Sur which was a last-minute replacement of the original venue in Pagadian City.

However, the venue was deemed to be unsafe for the players due to its slippery floor.

Also, the quality of play was affected with players slipping all over the court.

The gloomy weather and drizzle outside the arena that lasted for about an hour also could have worsened the floor’s condition.

“We would like to apologize to everyone na we’ll stop the game dahil hindi talaga playable ang court natin to ensure the safety of the players,” said Caro.

At the end of the first quarter with Zamboanga Del Sur ahead, 13-11, the league tried to address the slippery condition of the floor by mopping and applying soda just to make it playable.

However, despite all the efforts to address the problem, the court was still slippery.

The game will be rescheduled to another day and the scores will be reset to 0-0.

Only one game finished today between the Kapatagan Buffalo Braves and the JPS Zamboanga with the latter walking away with a huge, 89-53 victory.

The games will likely resume on Sunday, July 11 featuring the MisOr Brew Authoritea vs the Archangels at 1 p.m. followed by the Roxas Vanguards vs. the Clarin Sto. Niño at 3 p.m.  /rcg