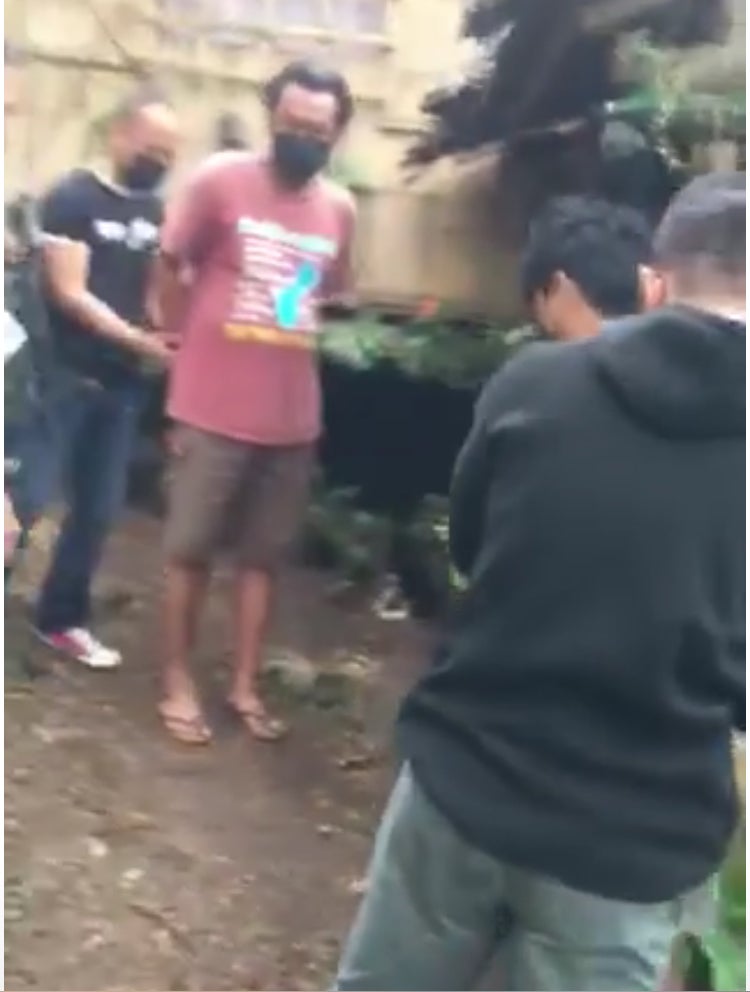 Personnel from the Anti-Kidnapping Group Visayas Field Unit (AKG-VFU) arrest the two farmers who were wanted for allegedly raping a mentally-challenged girl in a northern town in Cebu. | Photo screen captured from AKG-VFU video

CEBU CITY, Philippines — Two farmers, who were wanted for raping a mentally challenged 12-year-old girl on March this year, were arrested today, July 16, in their house in one of the towns in northern Cebu.

Noriel Sumalinog, 19, and Rosel Platiro, 43, both claimed that they did not know that they had pending warrants of arrest for rape, said Police Lieutenant Zosimo Ravanes Jr., team leader of the Anti-Kidnapping Group Visayas Field Unit (AKG-VFU).

The two farmers also denied the rape allegations against them.

Ravanes said that they served the warrants of arrest against the two suspects at past 6 a.m. today, July 16.

Ravanes said that according to their information, the two men allegedly raped the 12-year-old mentally challenged girl, who was their neighbor’s daughter.

The girl was in the care of relatives because the father, who was separated from the girl’s mother, was working in the city and failed to return home that day, March 1.

The girl then was at the two men’s house watching television when the alleged rape happened.

Ravanes said that while watching television Platiro allegedly dragged the girl into a room and raped her.

After she was raped, the girl, who was weakened by the assault on her fell asleep on the accused’s bed, and failed to return to her home that night.

The next day, Platiro allegedly raped her again and this time, Sumalinog, who was also living in Platiro’s house, allegedly also raped the girl.

It was also the next day that the father arrived from work and searched for his daughter when he found out that she was not at their house.

He later found her sleeping in the bedroom of the accused.

Platiro allegedly told the father that her daughter was already a woman because she already had her first menstruation and then he showed the blood on the bed and on the girl’s underwear.

Being his neighbors and his friends, the father accepted what Platiro and Sumalinog said.

But a few days later, the girl told her aunt what really happened to her.

The aunt then brought her to a social worker to have her undergo a medical exam to find out if she was raped.

The test results showed that she was raped.

The aunt then told the father about what happened to his daughter. The father then filed a rape case against Platiro and Sumalinog.