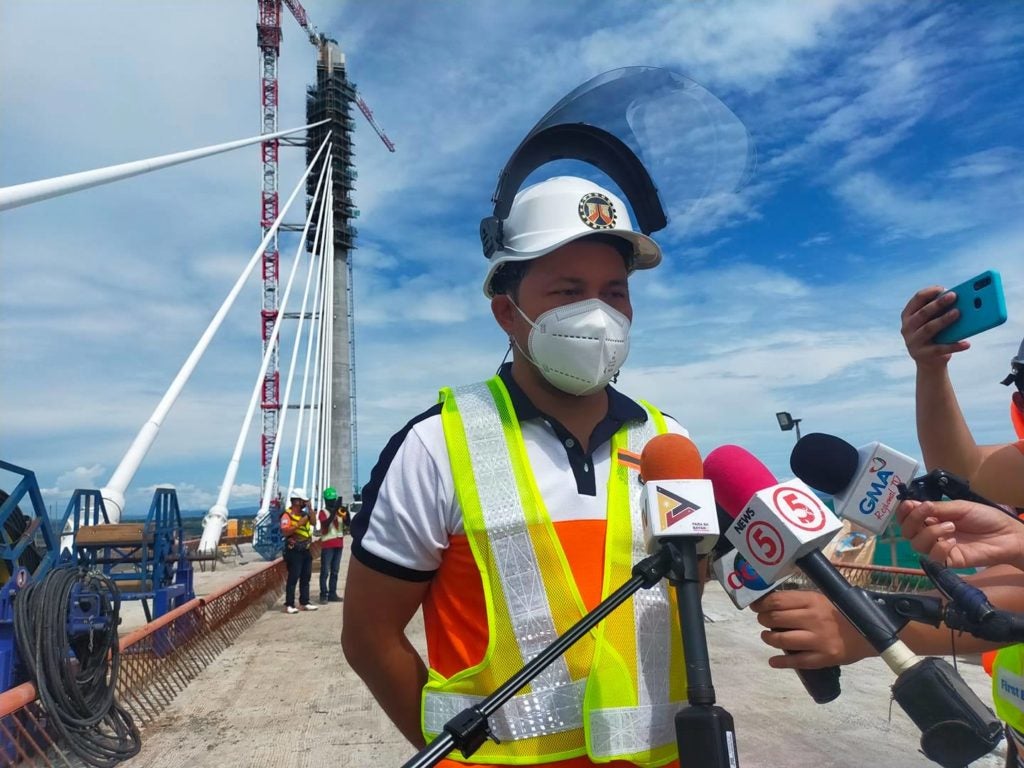 DPWH Secretary Mark Villar during his inspection of the Cebu-Cordova bridge today, July 16, says that they plan to have the groundbreaking of the 4th Cebu-Mactan bridge before President Rodrigo Duterte’s term will end. | Delta Dyrecka Letigio

CEBU CITY, Philippines — Department of Public Works and Highways (DPWH) Secretary Mark Villar said the target for the groundbreaking of the 4th Cebu-Mactan bridge would be before the end of President Rodrigo Duterte’s term.

Villar was in Cebu on July 16, 2021 to check on the infrastructure projects in the province including the studies for the Fourth Bridge being proposed to connect the Mandaue City Coastal Road (MCCR) to the Lapu-Lapu City’s Airport Road.

([Our talks on fourth bridge are] Ongoing. With me here are JICA [Japan International Cooperation Agency]. We plan to include a coastal highway and it will be completed soon because it was done using a full grant from China. It is nearly done.)

The studies conducted for the Fourth Bridge needs to be completed before the agency can jumpstart the project. The initial estimated cost of the project is at P76 billion funded by a JICA loan.

However, Villar said the actual cost of the project could only be determined once the feasibility studies would be completed.

For now, the DPWH is facing challenges in the feasibility studies because the Lapu-lapu City government recently objected to the proposed landing at the Airport Road, preferring the bridge to land at the Mactan Circumferential Road (MCR).

The Regional Development Council in Central Visayas (RDC-7) already appealed to the Lapu-Lapu City to reconsider their choice of landing as it would only increase the cost of the project.

(It is normal that there are concerns. This is included in our job to address these concerns. We have talked with them and coordinated with them.)

Still, Villar said they were seriously targeting the groundbreaking in 2022 before President Duterte’s term should end and he had instructed the regional DPWH to hasten the project.