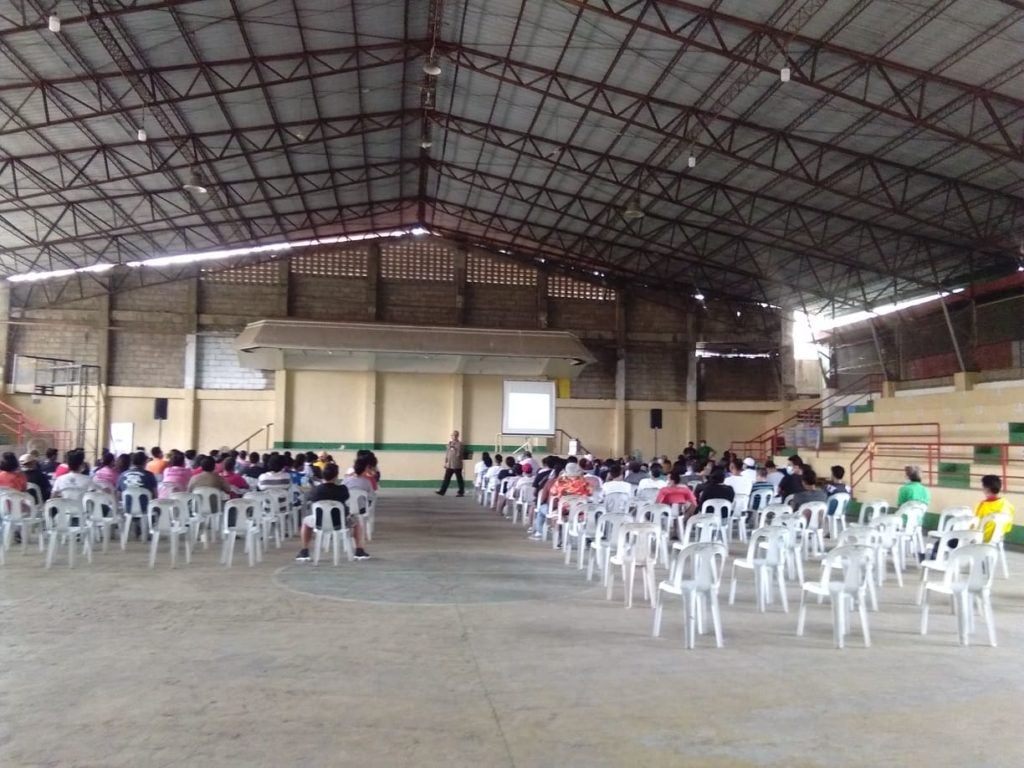 MANDAUE CITY, Philippines — Some 130 drug surrenderers in Barangay Subangdaku, Mandaue City have undergone a healing praise and worship seminar at the Subangdaku gym on July 23.

Limchua said an individual with God through his guidance would be moved and would be helped from avoiding doing wrong things.

Subangdaku Barangay Captain Ernie Manatad said there were 154 drug surrenderers enrolled to the barangay’s community-based rehabilitation program, but only 130 were consistent in attending the thrice a week seminar.

Failure to attend to at least three sessions, the drug surrender would be dropped and would be referred to the Philippine National Police, said Manatad.

After graduation, drug surrenderers will undergo an after care program, they will still be monitored by BADAC and will still undergo a random drug test to ensure that they are not using illegal drugs anymore.

Manatad said they have already coordinated with the Department of Social Welfare and Development for the drug warriors or drug surrenderers’ livelihood assistance and have already tapped businesses in the city to accept recovering drug dependents.

Manatad said this was one of their preparations to apply for a drug cleared barangay.