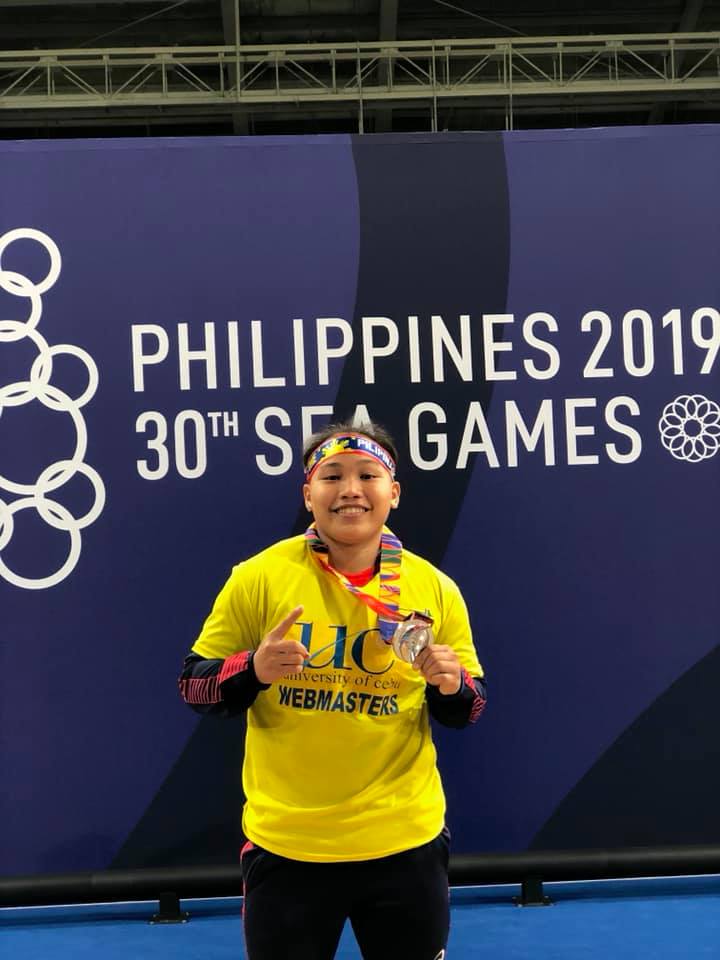 CEBU CITY, Philippines — After skateboarding sensation Margielyn Didal completed her stint at seventh place in the Tokyo Olympics, another homegrown Cebuana, Elreen Anne Ando, will take the centerstage —this time in the women’s weighlifting competition that will be held tomorrow, Tuesday, July 27.

The 22-year-old Ando, the pride of Barangay Carreta, Cebu City and the University of Cebu (UC) Webmasters, is set to compete against eight other contenders in the women’s 64-kilogram division of the weighlifting competition tomorrow at 6:50 p.m. Manila time at the Tokyo International Forum.

Ando, who bagged two silver medals and one bronze during the Asian Weightlifting Championships in Tashkent, Uzbekistan, is mentally and physically prepared according to her coach Ramon Solis.

According to Solis, Ando must execute her first attempt perfectly because this is the most crucial part of the competition.

The succeeding attempts are usually dictated according to how the weightlifter performed.

(The first attempt is really crucial. The strength and timing of most weightlifters will change when it comes to the final attempt so their scores will be affected.)

But Ando (Elreen) is a really a fighter. Her fighting spirit is really great, so we are expecting her to fight and to sustain this and endure.)

(Our last minute preparations, I only instructed Ando not to be tense, to relax, focus and pray so that she can avoid accidents.)

(Our goal in this game is to break her personal records or the national records. This is where we  base on what areas that she will need to improve on considering that this is her first time in the Olympics, but we are not doubting the possibility that we will also aim for a medal.)

One of Ando’s coaches, Gary Hortelano, who discovered Ando when she was 12 years old in Cebu City told Ando to pray to for strength and focus before the competition.

(Don’t forget to pray and ask God for strength and focus. You know, that we are here to support you there.)

“Always believe in yourself, nothing is impossible with God in your side. God bless you and to God be the glory,” he said.

Chairman Edward Hayco of the Cebu City Sports Commission (CCSC) said he asked everyone o pray for Ando that she would be prepared for tomorrow’s competition.

“Let’s all pray for Ando, that she will be at her very best, physically, emotionally and spiritually, prepared and ready,” said Hayco whose grassroots program in Cebu City paved the way for Ando to be discovered.

“She will always be our model athlete, humble, helpful, a very dedicated volunteer of the Cebu City Grassroots program. She has a deep sense of purpose. Elreen is a source of strength and  inspiration for every coach, and athlete,” he said.

Aside from Ando, Cebu City-born judoka, Kiyomi Watanabe, will also compete tomorrow in the women’s -63kg division’s round of 32 against Cristina Cabana Perez at 10 a.m. Manila time at the Nippon Budokan center in Tokyo, Japan.