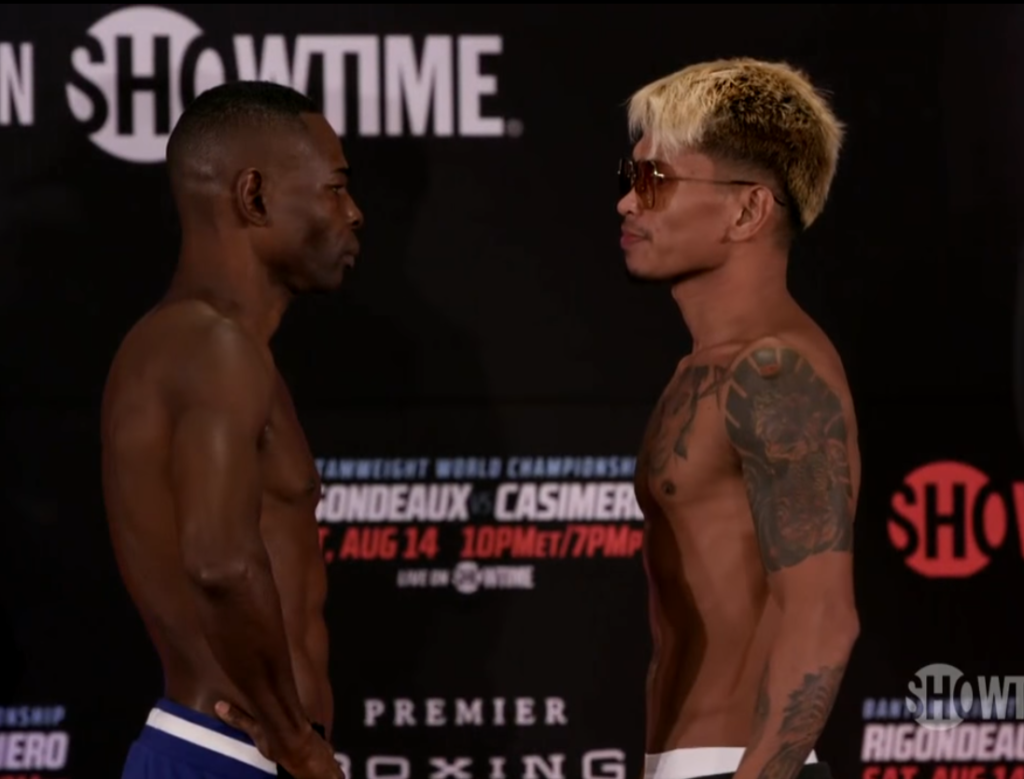 Casimero, who will defend the WBO world bantamweight title weighed in at exactly 118lbs while Rigondeaux tipped the scales at 117.5lbs to officially give their much-anticipated world title duel a go signal.

Their bout will be held at the Dignity Health Sports Park in Carson City, tomorrow August 15 (August 14 US Time).

Thus, Casimero and Rigondeaux’s planned world title showdown was revived which ultimately comes into fruition tomorrow. They will headline the fight card promoted by the Premier Boxing Champions and Showtime Boxing.

The bout is nothing short of excitement as both boxers have telling records in their resume. The 32-year-old Casimero sports a record of 30 wins, four defeats, with 21 knockouts.

The pride of Ormoc City has knocked out his last six opponents and vows to add Rigondeaux on his list.

The 40-year-old Rigondeaux ages like fine wine. He is the current WBA world bantamweight king with 20-1 (win-loss) record with 13 knockouts. He is best known to defeat Donaire in 2013 via unanimous decision.

Rigondeaux, a well-known ring tactician will bank on his height and reach advantage. Rigondeaux is three inches taller (5-foot-7) than Casimero (5-foot-4).

Rigondeaux has a better reach of 67.5 inches while Casimero has 64-inch reach.

The third man in the ring will be referee Jerry Cantu while the three judges at ring side are Tim Cheatham, Robert Hoyle and Daniel Sandoval.

Casimero: Rigondeaux will go down in 3

Read Next
KCS Computer Specialists up for sale