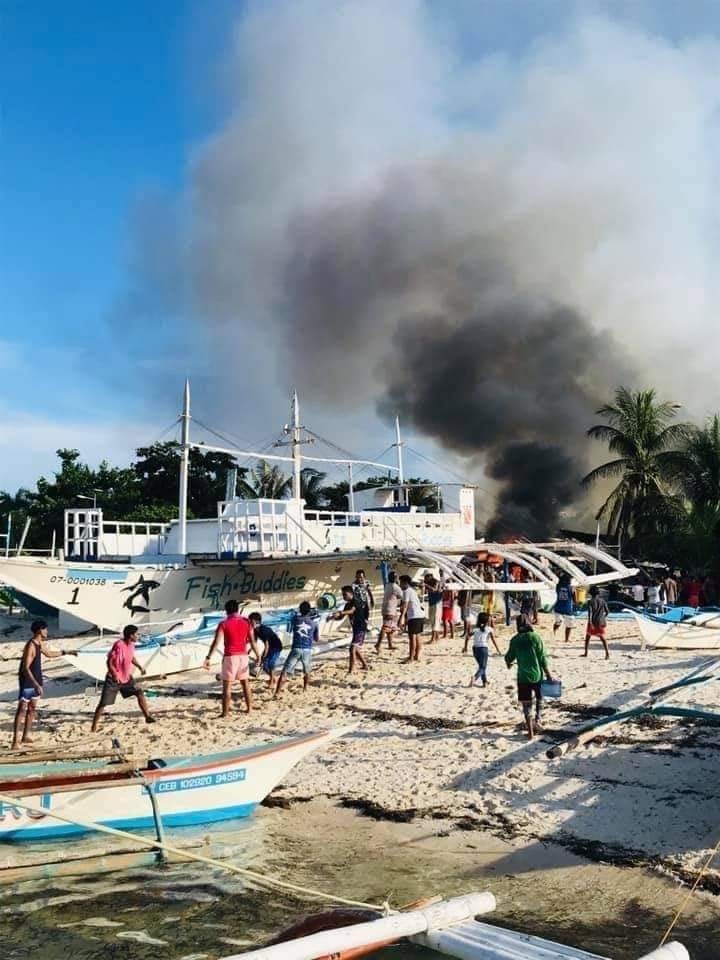 Residents of Sitio Pasil, Barangay Logon in Malapascua help each other in putting out a fire that razed 10 houses on Sunday afternoon, August 15, 2021. | Photo from Daanbatayan Motoclub DMC Emergency Rescue Unit

Logon barangay captain Lemuel Daño said the fire started at around 4 p.m. and  lasted for more than an hour as it was put out through barangayanihan system.

Daño also revealed the possible cause of the fire.

(A child was said to be playing with a match and accidentally lit a fabric. The fabric lit up but the fire was said to be put out immediately. The child believed it was totally extinguished but it wasn’t. That started the fire.)

Daño said it took five minutes for residents in the area to notice the fire but since the houses were made of light materials, it only took a while before it spread.

He said at least ten houses  were totally burned in the fire. Fortunately, there were no reports of injured individuals or fatalities in the incident.

For now, Daño said that he already advised residents to stay in the evacuation area in their barangay. He added that some fire victims opted to stay with their relatives.

Daño said that they have also planned to provide assistance including 10 kilos of rice and sardines to all fire victims.

He said they have fire hydrants in their barangay but the hose was not sufficient to be used at that time.

The Daanbantayan Fire Station, which was at the mainland, said they will conduct an investigation on Monday, August 16.