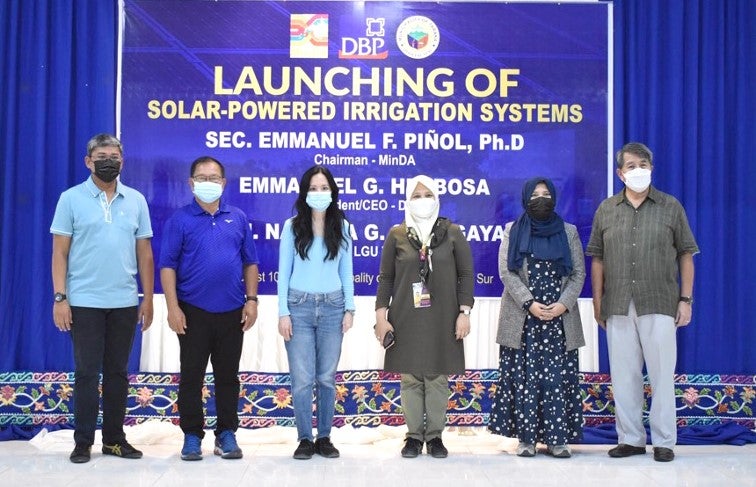 CEBU CITY, Philippines –State-owned Development Bank of the Philippines (DBP) has granted a P115-million term loan for the installation of six solar-powered irrigation systems (SPIS) in one of the largest municipalities in the province of Lanao del Sur, a top official said.

DBP President and Chief Executive Officer Emmanuel G. Herbosa said that the SPIS is expected to boost the efforts to irrigate 1,200 hectares of agricultural lands, as well as to provide potable water to 26 barangays in the Municipality of Taraka, a fourth-class municipality with an estimated population of over 27,000.

“In collaboration with the Mindanao Development Authority (MinDA), DBP shall continue to play a crucial role in establishing viable irrigation systems to boost agricultural productivity in the area,” Herbosa said. “Through this project, we can also bring clean and safe water to barangays within the Municipality of Taraka that are not reached by existing water systems.”

DBP is the sixth-largest bank in the country in terms of assets and provides credit support to four strategic sectors of the economy – infrastructure and logistics; micro, small and medium enterprises; environment; social services and community development.

An SPIS is an automatic irrigation system running on solar energy that extracts water from deep wells or open sources and uses moisture sensors to regulate water flow to avoid flooding while promoting water conservation. The water is delivered to irrigation channels or to a reservoir before eventually being distributed to the farms.

Herbosa said the SPIS project is considered a pioneering initiative under MinDA’s Water Program and is an integral part of the flagship programs under the 2017-2022 Philippine Development Plan that DBP and MinDA will expedite for the Mindanao region.

He said the project is a tangible manifestation of the 2019 partnership agreement with MinDA, where DBP presently serves as a financial advisor and financing partner for proposed ventures to generate economic opportunities and employment, particularly in the Bangsamoro areas.

“DBP will continue to capitalize on the improved peace and order situation in Mindanao to extend the needed support that will provide more public infrastructure, social services, food security, and local industry development projects,” Herbosa said.

MinDA is a government entity created in 2010 through Republic Act No. 9996. The agency is mandated to “promote, coordinate and facilitate” inter-sectoral participation to facilitate and hasten the socio-economic development of the Mindanao region.  /PR