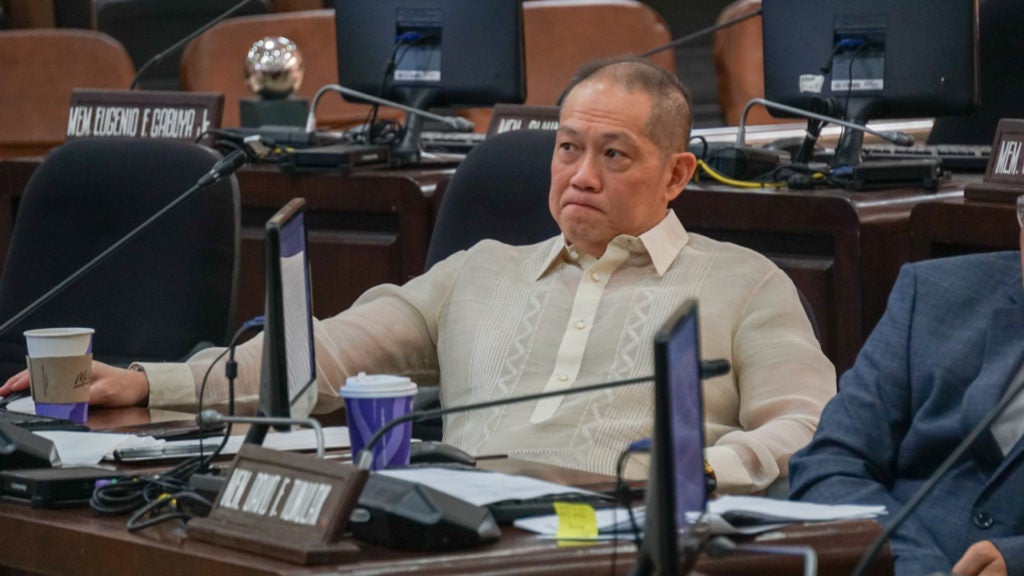 CEBU CITY, Philippines — Cebu City Councilor Franklyn Ong, the president of the Liga ng mga Barangay (LNB) in the city, lamented on the recent distribution of the barangay financial subsidy, which he said gave favor to administration-allied barangays.

In a privilege speech, Ong said that at least 30 barangays, whose chiefs were allied with the city’s administration party, Barug-PDP Laban had been released their financial assistance from the P143 million allocated budget.

However, the rest of the 50 barangays, most of whom are allied with the opposition party, Bando Osmeña-Pundok Kauswagan (BOPK), did not receive their financial subsidy yet despite having completed the requirements.

(But Mr. Chairman, with the recent development, majority of the 80 barangays of Cebu City lamented the unfair treatment and political harassment on the financial assistance that we will receive… Last Sept. 1, 2021, Mr Chairman, there was a releasing of checks that was done at Fort San Pedro but this was only for the 30 barangays that were said to be allied with the administration now.)

(There were at least 20 barangays who were believed to go there, and as of yesterday, several have confirmed that they did receive their check for the financial assistance for COVID-19 last week. And what about the status of the vouchers of the remaining 50 barangays, Mr. Chairman? As of yesterday, Sept. 7, it is still at the Treasurer’s Office, and the voucher was still for signature. There is still no check.)

The councilor appealed to the City’s executive department to be fair in the distribution and put aside political affiliations as the most affected in this situation would be the families who had been waiting for government aid.

(Mr. Chairman, as president of the Liga ng mga Barangay, I would like to make an appeal to the city government, that they should not mix politics in our response for COVID-19. I appeal Mr. Chairman that it should be service beyond politics, service beyond colors? Because COVID-19, Mr. Chairman, won’t recognize political colors.)

(There are many in the barangays who need our help. We should not take away from them the help of the city because of politics. Because it is not the barangay captain who suffers, but the people, the Cebuanos are the once suffering and affected by this politicking.)

Councilor Raymond Garcia said that he was not aware that only 30 barangays were given the financial subsidy.

“I have no hand there, Mr. Chairman. That is the executive department. Pagrelease sa mga cheque, I was told and since naa may mga kapitan, I just talked there. I did not even see the cheque arrived. When it was given out, I was not there anymore,” said Garcia.

(I have no hand there, Mr. Chairman. That is the executive department. When the cheque was released, I was told and because there are barangay captains there, I just talked (to them) there. I did not even see the cheque arrive. When it was given out, I was not there anymore.)

The majority floor leader said that he would be asking the City Administrators Office and City Treasurer’s Office on why there was delay on the other cheques.

He will report the result of his inquiry to the City Council in the next regular session.

Still, Ong urged the City’s executive department to hasten the release of the cheques of the 50 barangays in the city so that the families would finally get their aid amid the economic struggles this pandemic.

Read Next
Typhoon Kiko intensifies as it moves over Philippine Sea