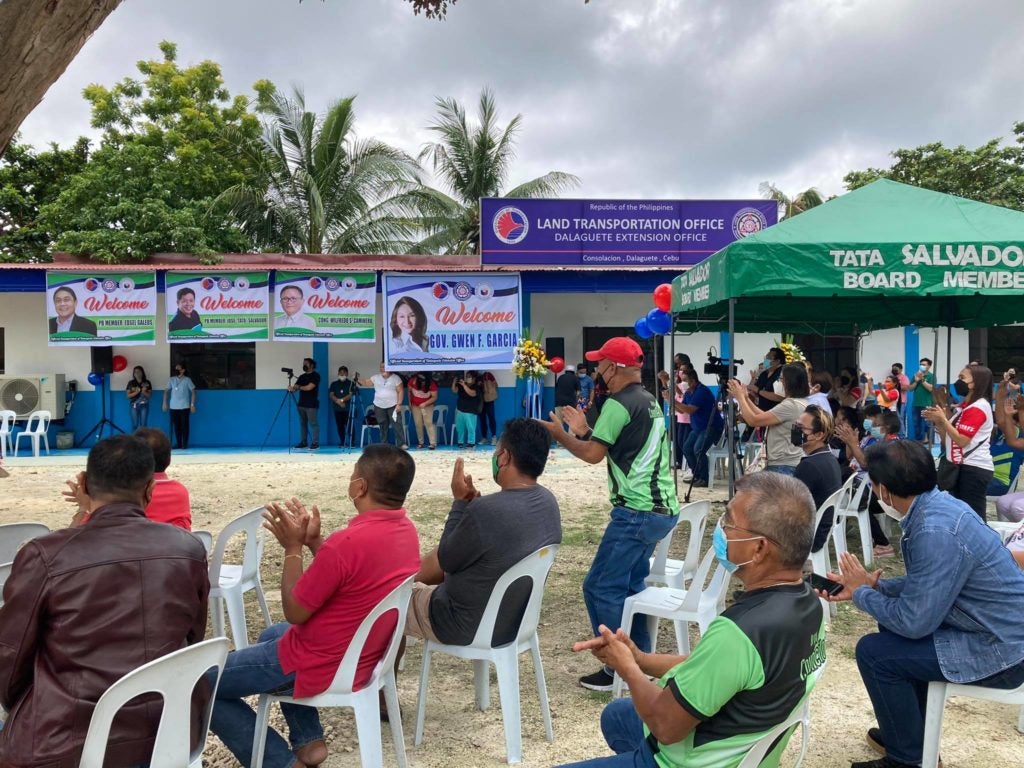 BOLJOON, Cebu—Those residing in the town of Dalaguete and its neighboring towns in southern Cebu can now avail of the services of the Land Transportation Office (LTO).

This after LTO Region 7, led by Victor Emmanuel Caindec, inaugurated its extension office situated in Barangay Consolacion in the town of Dalaguete on Thursday afternoon, September 16, 2021.

Caindec said the extension office is a full service office, wherein all the transactions related to registration and liscensing can be availed here. He also said that this also caters new license issuance.

Caindec said this is the sixth extension office inaugurated in Cebu Province in just two years.

Other extension offices that are currently operational in Cebu Province include those in Bantayan Island, Camotes Island, Balamban, Ronda, and Carcar City.

The regional director said the government did not spend any amount in the construction of the office.

He said the lot acquisition, as well as the construction of the office including its IT system were shouldered by project proponent, Second District Board Member Jose Mari “Tata” Salvador.

Technically, Caindec said this extension office is the seventh, stressing that the office in Toledo City has not yet been formally innovated but is fully operational.

The regional director said there is a pending extension office in Tubigon, Bohol. However, they are still trying to negotiate the place.