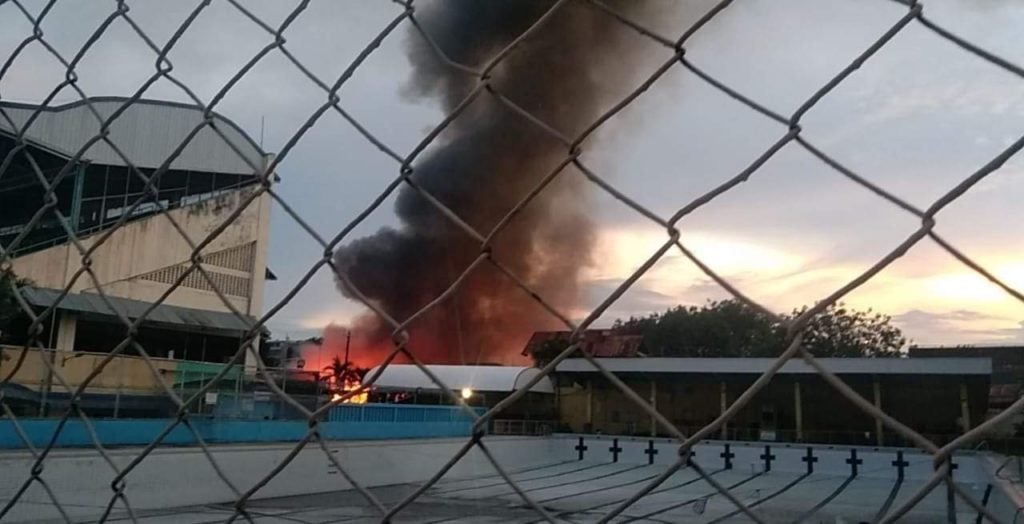 At least five houses were destroyed by a fire that hit Sitio Caimito, Barangay Sambag 1 in Cebu City at past 5:00 p.m. on Saturday, September 25. | Contributed Photo via Paul Lauro

CEBU CITY, Philippines — An unattended candle was believed to have started the late afternoon fire on Saturday, September 25, in Barangay Sambag 1 in Cebu City that destroyed at least P4 million worth of property.

Senior Fire Officer 1 (SFO1) Riza Julve of the Cebu City Fire Office said that they, however, had yet to verify if it was really an unattended candle that started the fire.

Julve, a fire investigator, said that they had yet to conduct an investigation and check on the unattended candle claim of Joshua Inso, the son of Allan Inso, who owns the two-story ancestral house, where the fire allegedly started.

Joshua earlier told media in an interview that he believed the unattended candle allegedly left at the altar after a prayer vigil on the second floor of the house could have started the fire.

She said that the firemen declared fire out at 5:59 p.m.

She also said that they had yet to finalize the number of people displaced by the fire.

Julve also said that the estimated damage to property was pegged at P4.2 million.