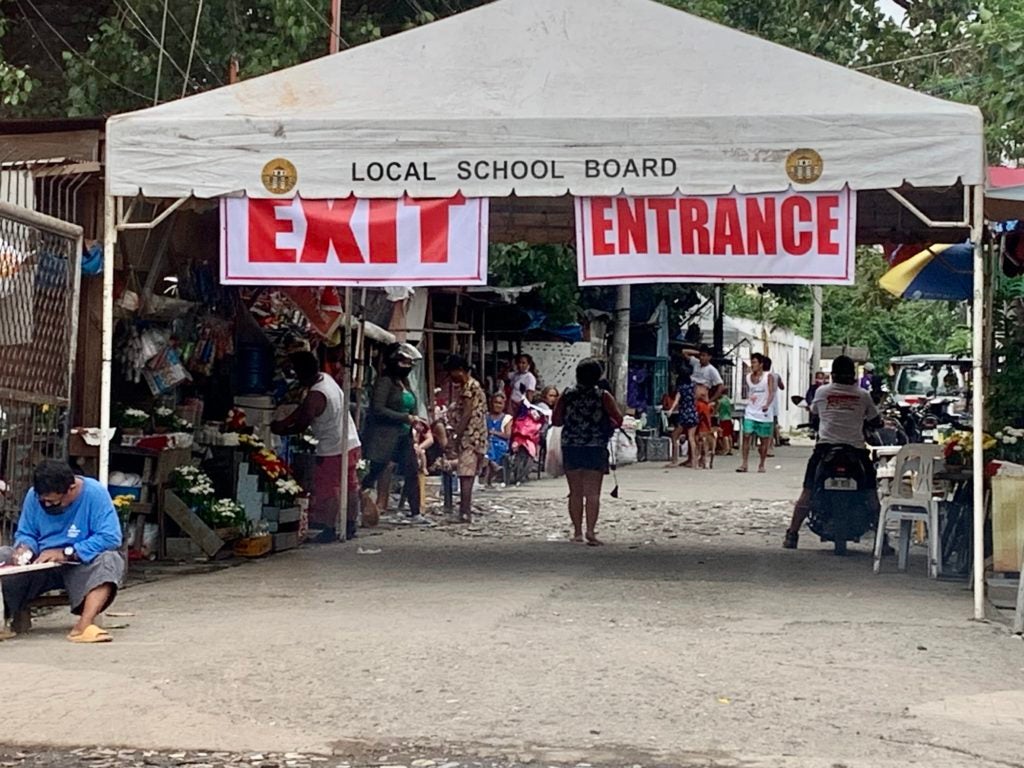 Vendors line up at the entrance of the Carreta Cemetery in Cebu City. CDN Digital photo | Brian J. Ochoa

PROBE has begun clearing the Calamba Cemetery on October 13, 2021, as part of the city’s Oplan Kalag-Kalag. Vendors were given notice to clear the cemetery a week prior to the clearing.

PROBE clarified that the vendors can still sell their goods but at designated areas outside, which will be monitored by PROBE as to the size of each stall and the number of vendors per given area.

Arce said the city government will not hamper the livelihood of the vendors, but since the entry to the cemeteries will be limited on November 1 and 2, 2021, there is a need to remove them from the premises.

PROBE will hold negotiations for the vendors for their set-up outside the cemeteries as well.

The vendors and other illegal structures must be removed from the cemeteries before October 27, 2021, which is why Arce is appealing to cemetery tradesmen such as those who clean tombs, make tombstones, and tomb painters to do these before then.

Entry to these cemetery tradesmen may be difficult during the actual Kalag-Kalag days because only fully vaccinated individuals will be allowed to enter from 6 a.m. to 6 p.m., as based on the proposal of the Archdiocese of Cebu.

Arce urged the vendors to start clearing by now so that when the city government comes to clear their cemeteries, they will not be forced out and they can transfer to stalls outside peacefully instead.

She added that the cooperation of the vendors will be necessary to ensure a peaceful and organized Kalag-Kalag celebration this year.