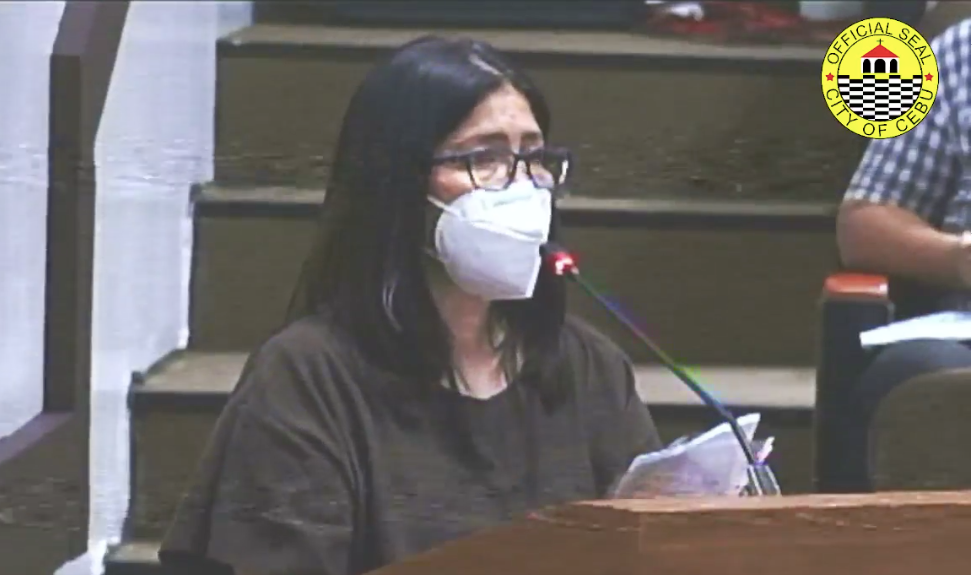 CEBU CITY, Philippines — Representatives from WestVac Biopharma which conducted the clinical trials for a COVID-19 vaccine in Cebu City apologized to the City Council for failing to secure the permission of the local government unit (LGU) in their conduct of the trials.

Doctor Jemala Anne Sanchez, an oncologist leading the trials conducted at the Perpetual Succour Hospital, said that it was not a practice for clinical trials to seek the permission of the LGU.

However, they admit that it was a lapse on their part to not do so considering that the COVID-19 vaccines are of huge public interest during the pandemic.

“I am humbled to ask for your forgiveness, I would like to apologize, it is not our practice to inform the LGU in any clinical trials that we have been conducting. We did not realize that it is also a public issue because it pertains to treating COVID and vaccines, so it was an oversight on our part,” she said during the regular session of the Cebu City Council on October 20, 2021.

WestVac assured that they have already been given all necessary permits from the Department of Science and Technology (DOST), Food and Drug Administrations (FDA), and Department of Health (DOH).

Although they were not able to seek the LGU’s permission, Sanchez claims that these agencies have already informed the LGUs over the conduct of a trial in their localities, although it may not have been specified.

Cebu City Administrator Floro Casas, Jr., said that no such information reached the Office of the Mayor as if it did, it would have been treated with urgency considering that it involves the safety of residents.

The clinical trial was conducted starting at the end of July 2021 and so far, they have enrolled over 700 subjects from the different barangays in the city.

The subjects were randomized and the invitation was merely informal through word of mouth rendering many individuals to come from generally the same areas, in this case, the coastal barangays.

They were then screened prior to the inoculation of the vaccines and those who passed all health screenings were the only ones to continue in the trial.

“The subjects that are being enrolled are healthy, 18 and above, with no history of COVID, and never been vaccinated. Before they are successfully enrolled, meaning randomized given the vaccine, they have to go through a screening process.”

“The subjects are aware that this is voluntary no one is coercing them…they come in random and inoculation is done in the hospital,” said Sanchez.

These individuals have already been inoculated and the preliminary results revealed that at least 2 percent experienced mild side effects such as headache for one to two days, low-grade fever, and nausea.

At least one subject reported that there was a lump in the axilla where the vaccine was injected. Yet the clinical trial doctors said these side effects are common among all COVID-19 vaccines.

Each subject has also been provided an allowance of P2,500 to P5,000 each, which Sanchez said is normal in clinical trials.

“I believe there is an issue of the allowance. In all clinical trials, it is the obligation of the sponsor to give patient allowance to cover up for the time and effort or lost income for that day. This is to cover up, not to pay the patient, only an allowance,” she clarified.

The City Council members pointed out that the problem was not in the clinical trials itself but in the lack of permission thereof.

Councilor Leah Japson said that when Dengvaxia conducted a trial in Barangay Guadalupe in the past, they signed a Memorandum of Agreement (MOA) with the city government.

Councilor Raymond Alvin Garcia, the majority floor leader, said that there is a need for coordination with the LGU as the residents are under the jurisdiction of the city and whatever happens to them will concern the city as well.

Yet Councilor Joel Garganera pointed out that the trial itself is necessary for science to evolve and find more vaccines so he assured WestVac that once the MOA will be signed, they can resume the clinical trials.

Acting Mayor Michael Rama now leaves to the City Council the decision on whether the clinical trials will be pushed through as it is the council who will give the mayor the authority to undertake the MOA in behalf of the city.

“That will now be the call of the sangguniang panglungsod. If the MOA is here, I will have my city attorney review it. If it is good for science, who am I to stop? We are now in the right direction,” said the mayor.     /rcg