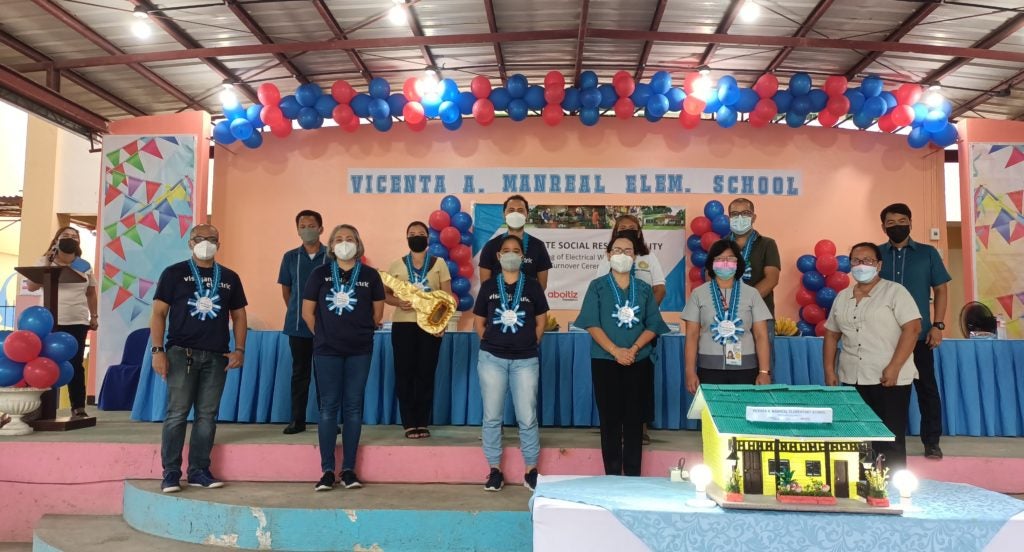 CEBU CITY, Philippines — Visayan Electric has rewired a total of 217 classrooms in 11 public schools under a P5.2-million Upgrading of Electrical Systems or Rewiring project this year, addressing electrical hazards and helping schools prepare to serve as voting precincts in the 2022 national elections.

The project, which started in 2010, is the electric utility’s advocacy in providing safer and brighter classrooms, libraries, school offices, for both teachers and students within its franchise area.

The project also benefits the blended learning model implemented in schools due to the pandemic as teachers and other school personnel may now safely use their printers, risographs, and computers without the threat of overloading their electrical connections.

Mark Anthony Kindica, Visayan Electric’s Assistant Vice President for Engineering Operations, said during one of the project turnovers that the newly-rewired schools, which are now well-lit and well-ventilated, are ready for when face-to-face classes are allowed once again.

“Visayan Electric is committed to ensuring that our schools are safe from the threat of fires and that students and teachers are equipped with the necessary tools for an environment that is conducive to learning — better lighting, well-ventilated classrooms, and an electrical system that can support the technological needs of education, especially now that public schools have implemented the blended learning,” he said.

Since it started with the project, Visayan Electric has rewired a total of 5,054 classrooms, 5,002 with Aboitiz Foundation Inc., and 52 classrooms with its new foundation partner, Vivant Foundation Inc.

“This project has saved the city and the Department of Education millions and we are thankful that Visayan Electric is here to help us. It is now the duty of the school administration to ensure the proper and safe use of electricity,” he said.

Visayan Electric, the second-largest electric utility in the country, serves the cities of Cebu,Mandaue, Talisay, Naga and the municipalities of Liloan, Consolacion, Minglanilla, and San Fernando.

The company’s non-energy community outreach programs are key in promoting education, environment, and community development within its franchise area and are geared toward guiding the youth, the future movers of our nation.    /PR