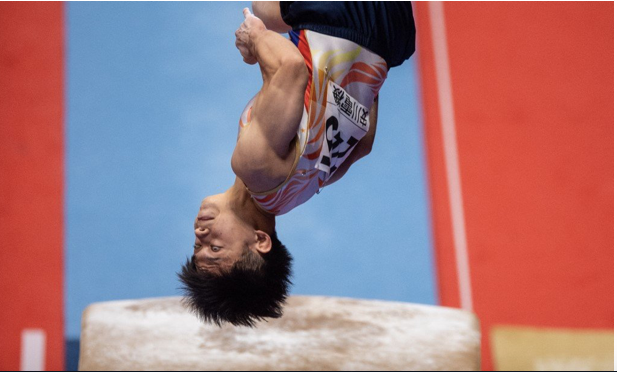 The Philippines’ Carlos Edriel Yulo competes in the vault event at the men’s apparatus finals during the Artistic Gymnastics World Championships at the Kitakyushu City Gymnasium in Kitakyushu, Fukuoka prefecture on October 24, 2021. (Photo by Philip FONG / AFP)

Yulo, who lost his title in the floor exercise on Saturday due to a costly penalty, goes for a second gold at the world championships when he competes in the men’s parallel bars later at 5 p.m.

Ukraine’s Nazar Chepurnyi, who was the top qualifier in the event, could not sustain his momentum in the finals after he failed in his landing for his second vault as he settled for seventh at 14.149 (14.866, 13.433).

Out for redemption, Yulo on track for 3 golds at world championships