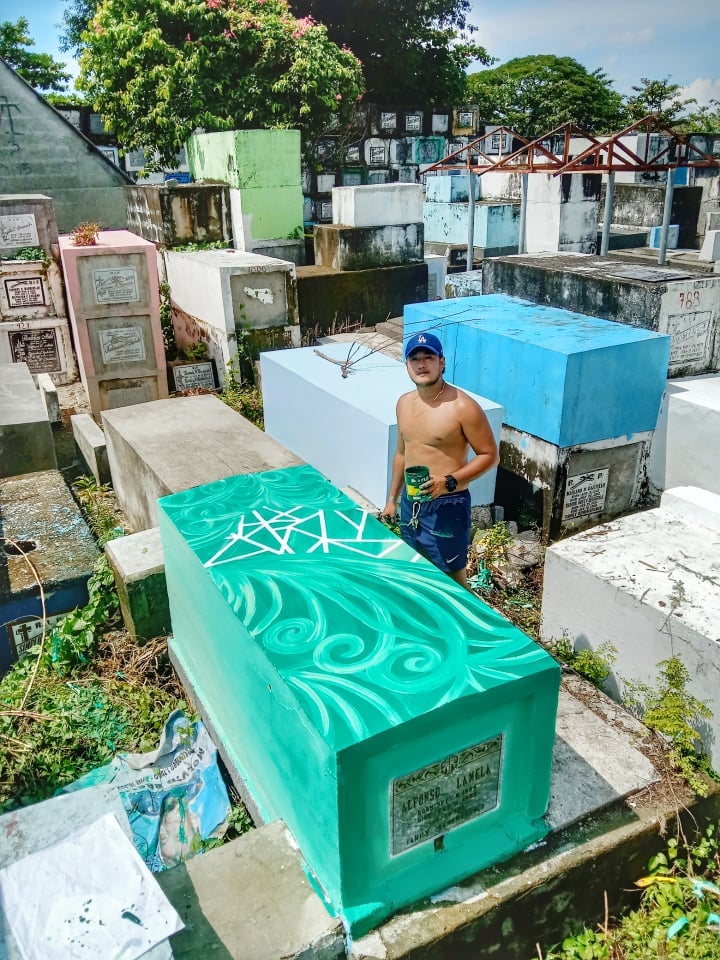 CEBU, Philippines—Every year in the first two days of November, it is a tradition for Filipinos to take a day or two to clean the graves of their departed loved ones.

The celebration of the day of the dead includes the offering of flowers, candles, and prayers and mass intentions.

But for this netizen from Iloilo City, painting his grandfather’s tomb gives more meaning to the wonderful memories he has left behind.

In an interview with CDN Digital, Lamella said he painted his grandfather’s tomb at the Tanza Public Cemetery in preparation for the All Souls’ Day this coming November 2.

This was also the first time that he used a freestyle design for the tomb. The tomb was painted green and had some swirls on it.

According to Lamella, this was not the first time that he painted his tomb as he said that he makes sure he cleans and paints his lolo’s tomb every year.

He said it is his “panata” or promise to paint his grandfather’s tomb every year.

But with the recent pronouncement of the Department of Interior and Local Government on the closure of cemeteries from October 29 to November 2, Lamella said he will just visit his grandfather’s tomb after the closure.