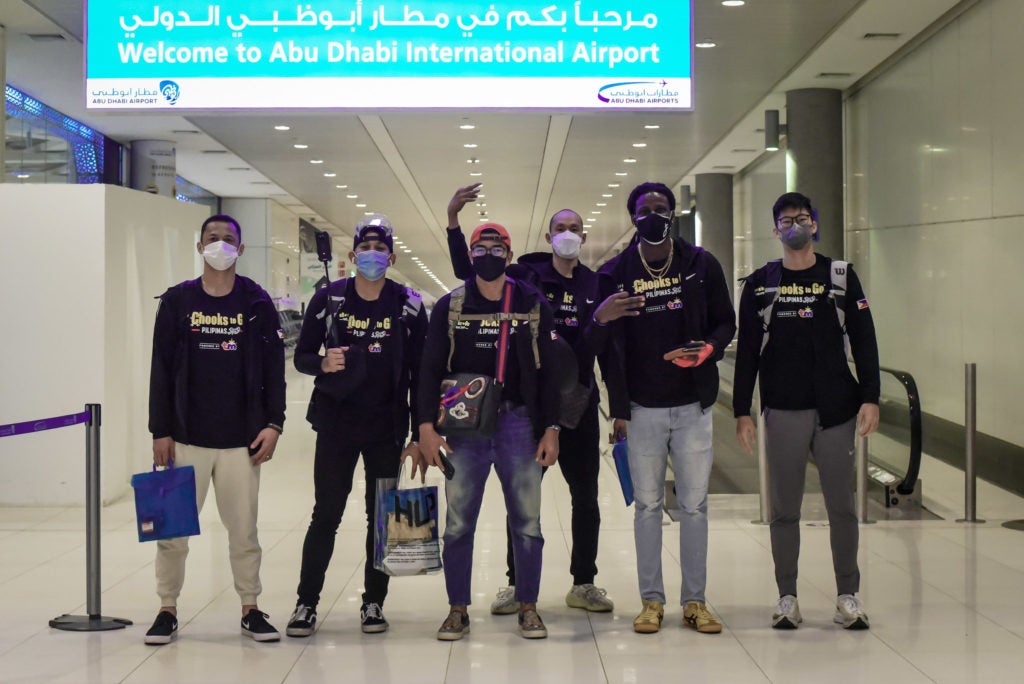 The Manila Chooks TM that played as the Hei Hei Manila bagged the P100,000 purse last week after winning all their matches in the Chooks-to-Go 3×3 Invitational in Pampanga.

The team composed of Cebuanos Mac Tallo and Zach Huang along with veteran Chico Lañete, and Cameroonian big man Mike Nzeusseu arrived in Abu Dhabi on Wednesday, October 27, along with their head coach Aldin Ayo.

They face a very tall order in their campaign there as they are grouped with world No. 4 Liman of Serbia and the world No. 5 Amsterdam Talent & Pro of Netherlands in Pool D.

However, Ayo is optimistic of his team’s chances after they acquired the 6-foot-6 gritty big man in Nzeusseu.

However, the opposing team’s players are as tall and as skillful as Nzeusseu.

Their first match on Friday at 10:20 PM (Manila Time) will pit them against Liman that has two 6-foot-6 players in Mihailo Vasic and Stefan Kojic while the rest of team is comprised of  6-foot-4 Aleksandar Ratkov 6-foot Nebojsa Kilijan.

Their second match is against Amsterdam at 2:45 AM on October 30. 11 other teams are also going to be seen in action on Friday under Pool’s A, B, and C.

Read Next
Topranked Rondina-Pons duo returns to action in BVR Tour in Sta. Ana on Thursday