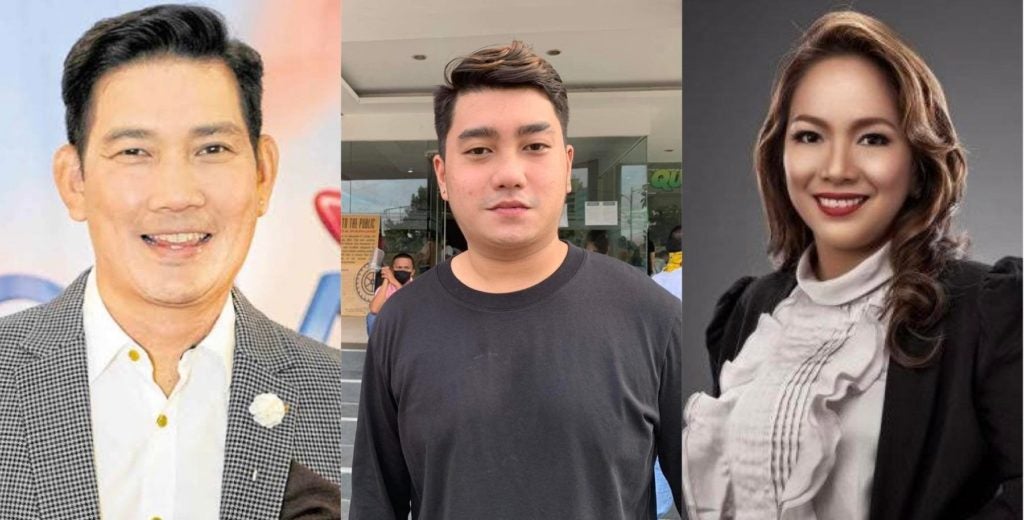 CEBU CITY, Philippines — A 24-year-old man hailing from Bacoor, Cavite, has filed a civil case against Cebu City North District congressional candidate and actor, Richard Yap, to be recognized as his son.

Joshua Paolo Jenson who is currently residing in Barangay Sambag II has filed a case for compulsory recognition on October 28 at the Regional Trial Court (RTC) in Cebu City to seek the court’s assistance in demanding Yap to meet him.

Lawyer John Gadon, one of Jenson’s counsels, said the compulsory recognition would compel Yap to recognize Jensen as his son and accord him the rights of one.

Most likely, the court may ask for a DNA test to prove the biological relations of Yap and Jenson and the court may demand it if it grants the petition of the plaintiff, in this case, Jenson.

Jenson was born on October 5, 1997, to a certain Cherymae Valdez Jenson in Quezon City, and he was informed of the identity of his biological father at 10 years old when his mother pointed out Richard Yap in a Chow King commercial.

He was 15 years old when he began to actively look for Yap.

According to his mother, Yap last saw her when she took a pre-natal ultrasound when she found out she conceived of Jenson in 1996.

Yap allegedly vanished from their lives and was not able to sign Jenson’s certificate of live birth.

Jenson is appealing to Yap to face him, take a DNA test, and take responsibility for fathering him. He said he has grown up without a father and this has caused an emotional struggle for him.

He hopes the court would see the struggles of a child who longed for his father’s recognition.

In a phone interview with CDN Digital, Yap said that he has no unrecognized children legitimate or otherwise. He has a wife and two kids living in Cebu.

Yap believes that ‘stunt’ is politically motivated as he insinuated that a female Cebu City Councilor who is running for Congress has mentioned in one of her live videos that she has found Yap’s illegitimate son and has hired him to work for her.

The only female councilor running for Congress in Cebu City in fact is Yap’s former party mate turned political opponent, Councilor Prisca Niña Mabatid, who is running under Barug PDP-Laban.

“She went live and mao na iyang gisulti. So this has all been planned from the start…I have never seen him, met him, talk to him ever since. Ambot lang asa na niya gikuha nga ako iyang amahan,” he added.

Jenson already said during the filing of the case that his motives were not at all political as he did not know that Yap was running for office.

Yap said this particular statement of Jenson was taught to him by those who wanted to tarnish his reputation and destroy his character.

“He has been brainwashed to say that, gitudluan siya to say that. Kay why would he be thinking about the people of Cebu if iyang gipangita is recongition from me. Pwede man siya mofile even if he was not in Cebu, ngano sa Cebu paman gyod? Of all the time, why during the election season,” he added.

Councilor Mabatid did not take Yap’s allegations lightly as she denied saying or even mentioning the boy in any of her live videos.

In a phone interview and later an official statement, Mabatid said that she has no hand in the filing of the case although she knows that Jenson was helped by lawyers in Cebu City.

She denies having been involved in the filing of the case as she has no reason to do so.

Instead, Mabatid has challenged Yap to take the DNA test now and if the child is indeed not his son, then she will step down as Barug’s congressional candidate for North District.

Yet if the child is in fact, Yap’s son, Mabatid said she will lose all the respect she has for him. She challenged him to do it before November 15, 2021, the deadline for the substitution or withdrawal of candidates.

“Richard Yap, don’t point fingers at anyone. Face the case and submit yourself for DNA testing wa nay daghan storya. Do it before November 15, I challenge you. If the result is negative then I’ll step down as the official candidate for Congress of Barug PDP Laban, imoha na ng congress. ”

For Mabatid, Yap is not only lying to his son, but also to the rest of the Cebuanos.

Yap said that he will let the court decide on the case and he will leave Mabatid to spend her resources on attacking him because it will only be worthless.

The two political opponents, Yap and Mabatid, have been at odds since the latter was chosen to be the congressional candidate of Barug PDP Laban for the North District.

Yap filed his candidacy for North District representative as a candidate of the National Unity Party (NUP) on October 3, 2021, independent of any local political group.

Mabatid took this filing as a sign of disrespect to Barug because Yap has chosen to break apart from the party and build his own campaign.

Yap said that he has the right to run and he would not allow being silenced by an unworthy opponent.

Read Next
Tulfo: I’m willing to be guest candidate for senator to any presidentiables