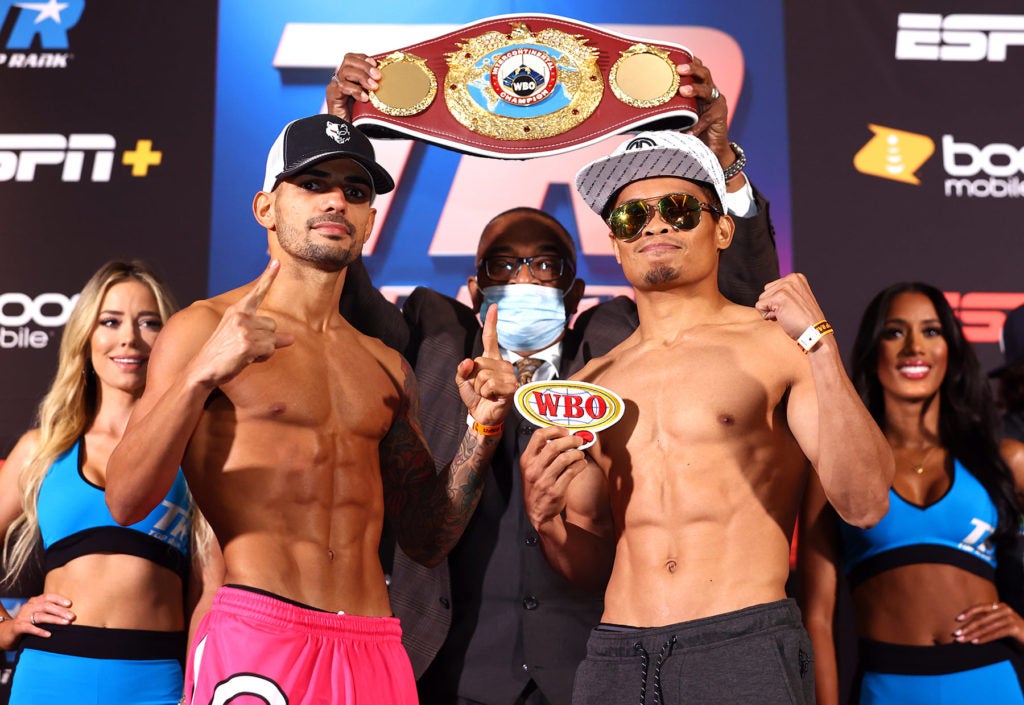 Carlos Caraballo (left) and Jonas Sultan (right) strike a pose after passing their weigh-in with the WBO intercontinental title on the center. | Photo from M. Williams of Top Rank

Both Sultan and Caraballo weighed in at 117.6 pounds to schedule their ten-rounder showdown for the World Boxing Organization (WBO) intercontinental bantamweight title.

That bout was held in the undercard of the world title showdown between WBO world bantamweight champion Johnriel Casimero and Guillermo Rigondeaux.

On paper, Caraballo is the heavy odds-on favorite with his fearsome 14 wins and 14 knockouts record but Sultan has the upper hand in terms of experience.

Sultan is currently ranked No. 9 in the WBA’s 118lbs division.

The former ALA Boxing Gym stalwart holds a record of 17 wins with 11 knockouts and five defeats.

His most recent bout versus Leonardo Baez only lasted four rounds.     /rcg

Read Next
Heads up Cebu! Cafe Mary Grace is coming to town thanks to GrabFood