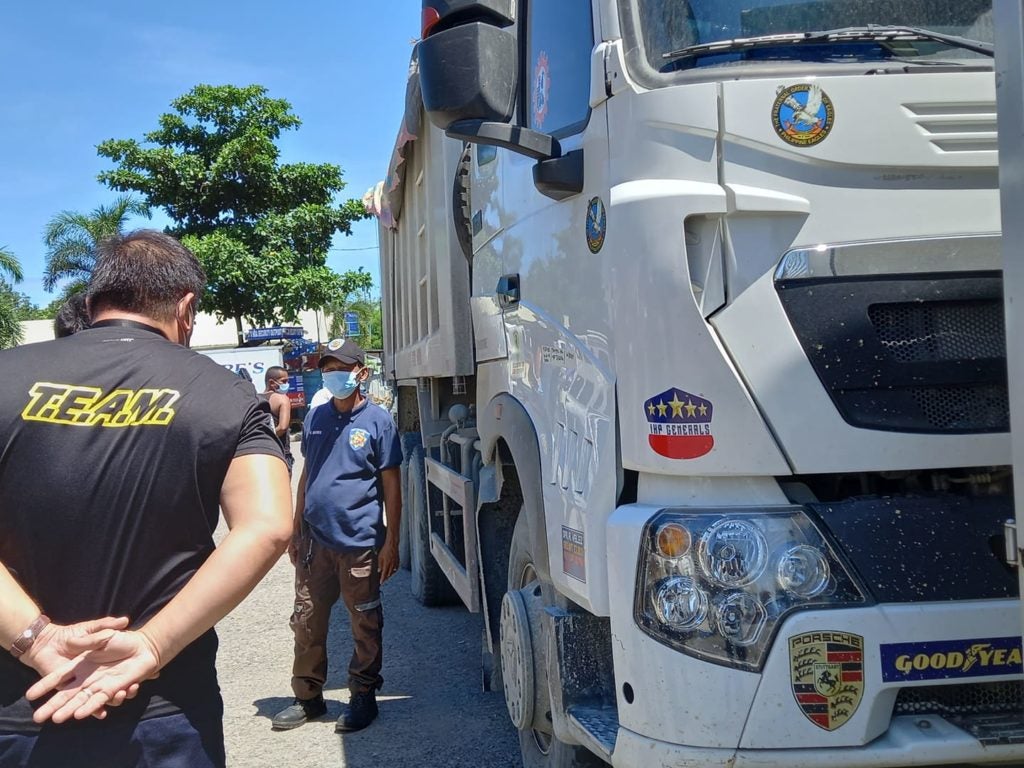 KILLER TRUCK. Personnel from the Traffic Enforcement Agency of Mandaue recount some eerie events in their impounding facility the latest of which involved this dump truck that ran over a motorcycle driver at the Marcelo Fernan Bridge.

MANDAUE CITY, Philippine s — Impounding officers of the Traffic Enforcement Agency of Mandaue (TEAM) continue to feel the presence of the soul of the motorist who died after he was run over by a dump truck in a vehicular accident at the Marcelo Fernan Bridge on October 16, 2021.

Harry Bastian Llesis, TEAM impounding officer, said they already offered prayers and lighted candles at the impounding area where the dump truck driven by Aldwin Hermosilla that ran over the victim, Rody Amistad is now placed.

Llesis however said that despite the prayers and lighted candles, they still continue to experience creepy moments inside the facility especially at night.

Llesis said that one of his men saw the side mirror of the truck move upside down.

He added dogs would also howl at night in the impounding area.

He said according to the paranormal experts who visited the impounding area last week, they saw an image of a man seated on the truck’s driver seat.

With this, Llesis said they plan to hold a Holy Mass in the area.

Conception Amistad, the victim’s wife said they believe that her husband is in heaven right now.

Conception said that their children have dreamed of Amistad indicating that he is in heaven.

She added that her daughter in the U.S. told her that she would always see a white bird visiting her.

Conception said that although they are convinced that her husband is now in heaven. her family would still seek justice for his tragic death.

She said they already filed a charge for reckless imprudence resulting in homicide against the driver.

Police Staff Sergeant Jeffrey Dioquino, the investigator of the case, said the driver was able to post bail and was released last week.    /rcg

Read Next
Derek Ramsay slams a publication: ‘Don’t ever attack my family’