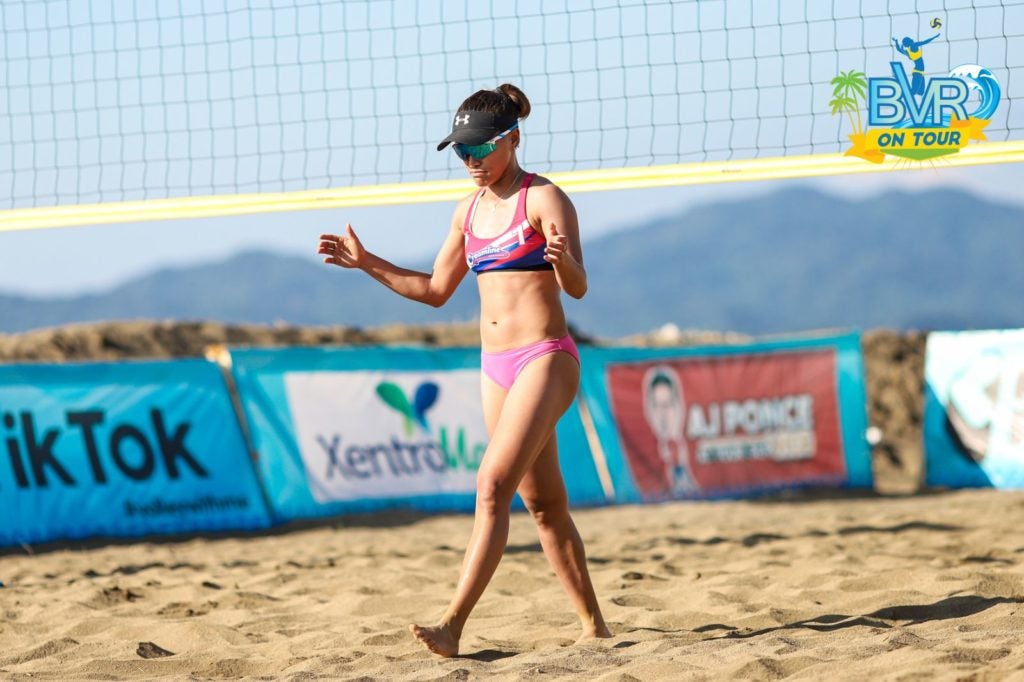 Cherry Ann Rondina of Creamline 1 reacts during one of their matches on Sunday, Oct. 31. | Photo from BVR

CEBU CITY, Philippines — Once again, Cherry Ann Rondina and Bernadeth Pons showed why they are the country’s most lethal duo in women’s beach volleyball after clinching the Beach Volleyball Republic (BVR) On Tour second leg title on Sunday in Santa Ana, Cagayan.

To prove it, the Cebuana Rondina and Pons who man the Creamline 1 tandem defeated their counterparts, Creamline 2 of Dzi Gervacio and Dij Rodriguez, 21-13 and 21-11, last Sunday in the finals.

The profilic duo of Rondina and Pons, the 2019 Southeast Asian Games bronze medalist in the women’s beach volleyball, won a total of 13 games straight from leg one all the way to Sunday’s leg two finals.

It was Rondina’s fifth BVR crown, while Pons captured her third. The twin Santa Ana legs also served as a build-up for the national team standouts led by Rondina and Pons for this month’s Asian Senior Beach Volleyball Championship in Phuket, Thailand.

(I am so grateful for the opportunity to play here. We continue to reach for our goal.)

Pons and Rondina defeated the gritty PLDT duo of Ella and IZa Viray, 21-17 and 21-12, in the semifinals.

Meanwhile, Rodriguez and Gervacio, escaped Sta. Lucia 1’s Jackie Estoquia and DM Demontaño, 21-13, 17-21, 18-16, in the 52-minute semifinal to arrange a championship duel with Rondina and Pons.

On the other hand, Krung Arbasto and Jude Garcia of Creamline 1 topped the men’s division by beating Tuguegarao’s James Pecaña and AJ Pareja, 21-17, 21-16, in the final match.

Read Next
COVID-19 vaccination: Minors without co-morbidities may get jab by mid-November