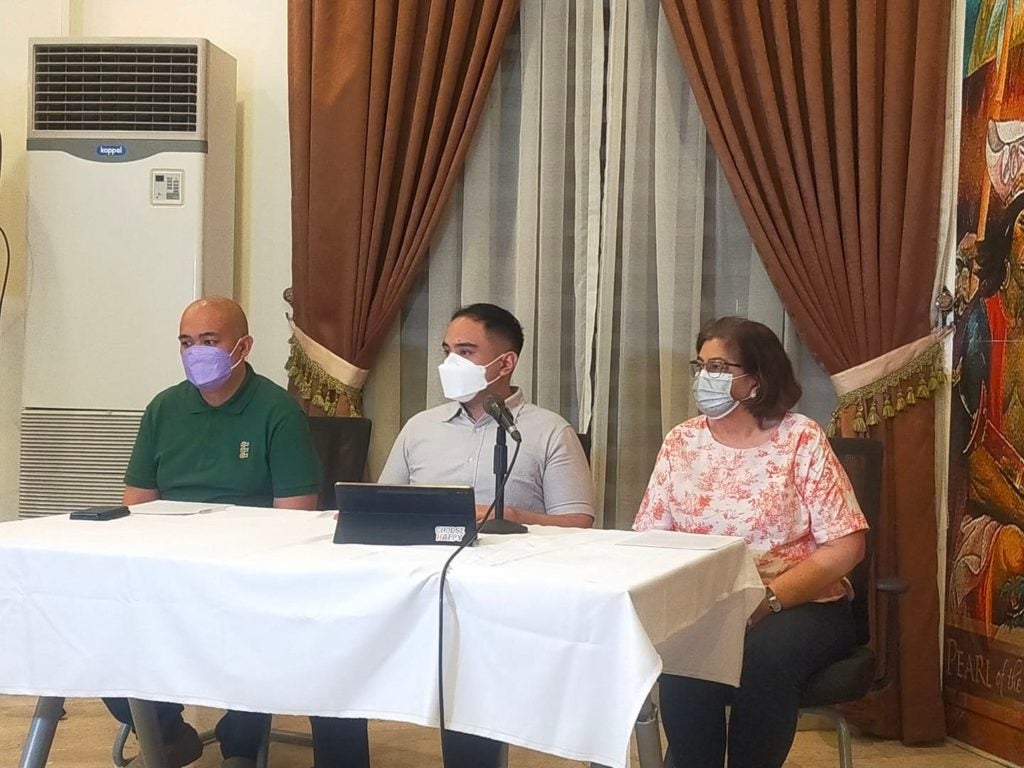 CEBU CITY, Philippines — The family of Cebu City Mayor Edgardo Labella is asking for prayers for his immediate recovery following another bout of pneumonia.

Jaypee and Eugene and their mother, Joy, confirmed during a press conference on Tuesday, November 2, that the mayor was admitted to the Intensive Care Unit (ICU) of a private hospital in the city due to “mild sepsis and recurring pneumonia.”

But he was recently released from the ICU and was already transferred to a private room where he will be allowed to recover.

With his poor health, Jaypee said, they already asked their father if he plans to already resign as Cebu City Mayor.  But Labella had told them that he wanted to finish his term to especially make sure that all plans and programs that he started will be completed.

“That is the legacy he wants to leave behind to the people of the City of Cebu,”Eugene said.

And while he remains at the hospital, Labella will continue to extend his sick leave and allow Vice Mayor Michael Rama to function as the acting mayor.

“While the Mayor continues to recover, he has handed over the reins of City Hall to acting Mayor Michael Rama, whom he knows and trusts to be able to properly manage the affairs of Cebu City,” he added.

Mayor Labella has been on indefinite leave for 43 working days now, since September 20, 2021.

And because of his prolonged absence, acting Mayor Rama can now fully exercise the functions of a  chief executive.

Labella was diagnosed with prostate cancer 12 years ago and was made to undergo a major surgery.  His family said that Labella was very healthy when he run for mayor in 2019.

“When my father decided to run for Mayor in 2019, the whole family fully supported him. He was in great shape and he really has the heart to serve the City of Cebu. But being a neophyte Mayor, and with the emergence of the COVID pandemic last year, his health suffered,” Eugene said.

And despite the health risks, “he worked nonstop to oversee and make sure that the City is able to efficiently carry out its COVID response and recovery efforts – to the point that his own health took a back seat,” Eugene added.

In January 2021, Mayor Labella took his first medical leave after he was diagnosed with sepsis or an infection of the blood while he was being treated for ear infection.

Since then, Labella have had recurring pneumonia and had to be admitted to the hospital several times.  In July, he was again hospitalized for two weeks.

He was also admitted to the ICU then because of the complication of his pneumonia. But he later on recovered and was discharged from admission.

The mayor again suffered another bout of pneumonia in October and was again admitted to the ICU.

Eugene said Mayor Labella was recently released from the ICU and was already placed in a private room.  But he remains unconscious most of the times as a result of his medication.

“As we continue to monitor his health, we are also cognizant of his previous prostate cancer. His doctors have been constantly monitoring his prostate-specific antigen levels and gratefully these remain at manageable levels,” he said.

“With these being said, we the Labella family, would like to assure the public that Mayor Labella continues to focus on his recovery while he is currently in the hospital,” Eugene added.

Labella’s leave may be extended — Casas

Read Next
Capitol plans to allocate P6.3B for health services