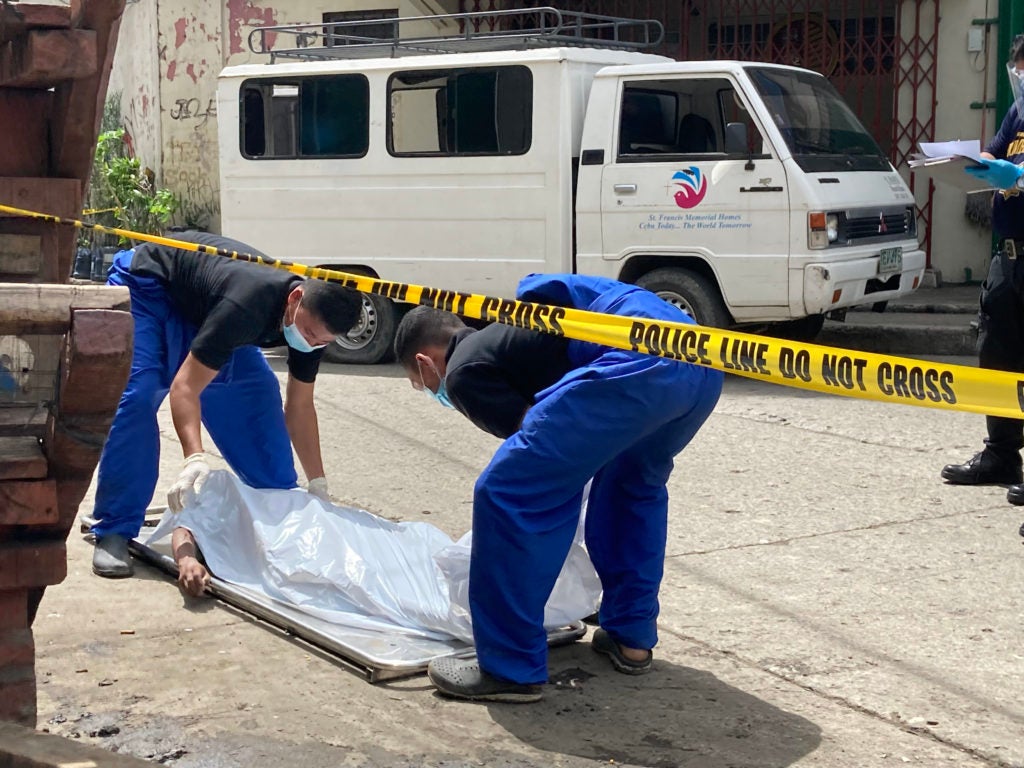 A 38-year-old trisikad driver was found dead lying on a wooden cart or “kurmata” at the corner of Magallanes Street and El Filibusterismo Street in Barangay Ermita, Cebu City at around 10 a.m. on Wednesday, November 3, 2021. | via Mae Fhel Gom-os

CEBU CITY, Philippines – A 38-year-old trisikad driver was found dead, lying on a wooden cart, or “kurmata,” at the corner of Magallanes and El Filibusterismo Streets in Barangay Ermita here at around 10 a.m. on Wednesday, November 3, 2021.

Police Corporal Jan Reynald Oporto, an investigator from the Carbon Police Station, identified the victim as Anthony Ministerio, a resident of Barangay Ermita.

Initial investigation revealed that Ministerio was still seen buying bottled water at around 9 a.m., or at least an hour before he was found dead on a wooden cart.

Oporto said they presumed that Ministerio died a natural death, stressing that the responding medical team saw no foul play when they found him.

Oporto also said that Ministerio’s mother confirmed that her son had an existing disease, which may have caused his death.

The investigator, however, said that they will request for an autopsy should the family allow to conduct such.

In a separate interview, Herrorima Mabiya, the victim’s mother, said her son had an existing liver disease.

Mabiya said her son was even recently admitted to a hospital in Cebu City and was given medication for the liver problem.