Panelo: If Sara runs for President, it’s game over 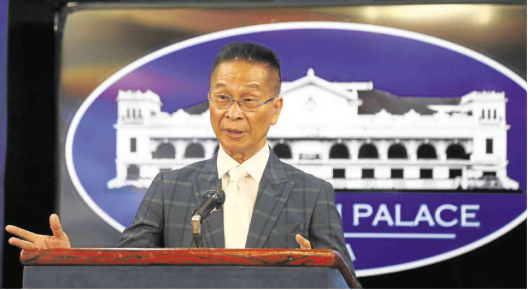 MANILA, Philippines — In 2016, the trajectory to win the presidency was clear for then Davao City Mayor Rodrigo Roa Duterte.

Unlike her father, current Davao City Mayor Sara Duterte’s trajectory is “filled with imponderables” according to former Presidential Legal Advisor Salvador Panelo. Panelo is confident that if Sara changes her mind and runs for president, she will win.

Panelo describes Mayor Sara as a puzzler. “For an individual who is known for her transparency and frankness, the pretty, amiable, intelligent, and soft-spoken Mayor of Davao City, Sara Zimmerman Duterte is a puzzler,” Panelo said.

Panelo made the remark to address the question of whether the Mayor of Davao City will change her mind to run for president in 2022.

Panelo also calls the presidential daughter a sphinx. “She remains and continues to be as enigmatic as a sphinx.”

Should Mayor Sara change her mind?

It should be in consideration over her millions of supporters. Panelo further said: “The roaring multitudes would not budge nor agree. They await with frenetic anxiety the verdict that will launch either a thousand anguish and a flood of tears or triumphal jubilation.”

The deadline for the substitution of candidates is on November 15. The Mayor of Davao City has repeatedly expressed that she is not interested in seeking the presidency.

Despite this, multisectoral groups like “Run, Sara, Run” continue to try and convince her to change her mind.