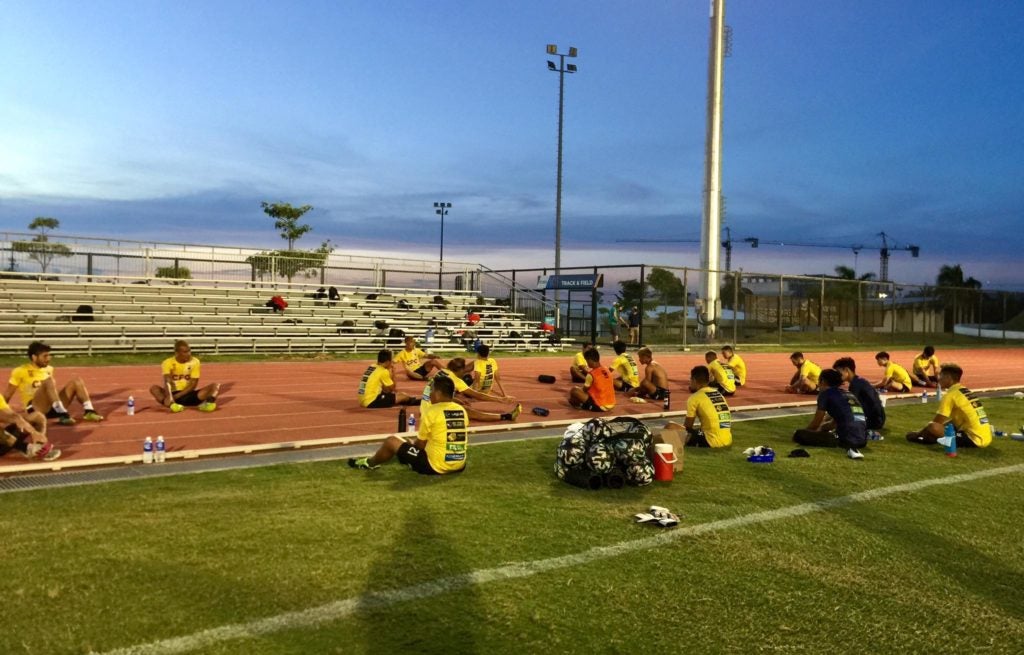 The Dynamic Herb Cebu Football Club takes a rest after their training at the Ayal vermosa Sports Hub in Imus, Cavite. | Contributed Photo

The Cebu team’s first match is against the Stallions Laguna FC.

Despite being a mini-invitational tournament and a precursor of February’s regular PFL season, players from DH-CFC can’t hold their excitement for the tournament.

“I feel blessed to get the chance to play at this level in football, being my first time. To get the opportunity to play for CFC which has been supporting us all through out, I am beyond grateful for the opportunity I have today, and I am motivated to give everything I can and to contribute to CFC and for my teammates into helping us gain our victory,” said team captain Evren Tasci.

Due to the COVID-19 pandemic, no spectators will be allowed to watch all matches at the venue but all games will be aired live on Live on One Sports and One Sports+.

All games will also be streamed live on the Facebook page of the PFL and YouTube, Smart Sports, and Puso Pilipinas!

Tasci will be leading a team manned by a mixed of veterans and young players who will be playing in their first-ever professional football match.

“We will give everything we can and I personally will work harder to give the best I can to my abilities for the team and my brothers,” added Evren Tasci.

For Cebuano forward and former Azkals member Kintaro Miyagi, he feels jittery and excited for their debut tomorrow.

“Honestly, I’m feeling nervous and excited at the same time. Nervous because this is gonna be my first debut as a professional player. Excited, because after how many years of no competitive matches, football is finally back,” said Miyagi, who last played a football tournament in 2019.

“We promise to give it our all and do our best. From the very first whistle of the referee til the end. We will keep fighting and we will show that CFC can compete in this cup.”

Nicolas Ferrer Jr. of Bais City, Negros Oriental, for his part, said that he is

super excited for the match.

While many are understandably excited, Cebuano goalkeeper Terence Myron Colmenares wants his teammates to remain composed so they can execute their plan perfectly during the match.