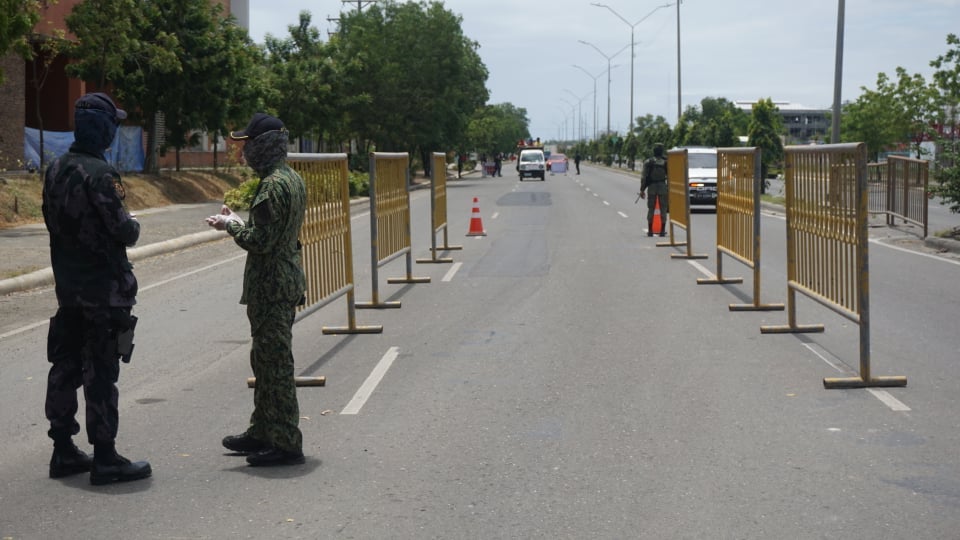 Policemen man the checkpoint at the border of Talisay City and Cebu City using mid-road railings for their checkpoints along the Cebu South Coastal Road at the South Road Properties. | CDN Digital file photo

Rama said the City Council, when he was presiding over the council, had previously requested the removal of these yellow railings.

He said that when he was mayor, he cleared the roads from these yellow railings placed permanently on the middle of the road.

“When I was still the mayor I said, please do not divide the road because accidents are waiting. There should not be any obstruction in the road, especially at night. It can cause accidents,” said Rama.

He has ordered the Cebu City Transportation  Office (CCTO) to remove the yellow railings as soon as possible (ASAP) in the major areas.

CCTO spokesperson, Paul Gotiong, said they already began dismantling the railing in Imus Street today and others would follow.

(We are slowly removing them. We are focusing on certain areas as of now.)

Aside from the yellow railings, Rama also wants to remove all posters, tarpaulins, and campaign paraphernalia around the city that do not have permits.

“Tarpaulins in the major roads in the city must be removed. Only tarpaulins for activities authorized by the city can be placed. Even if we are earning from that, we don’t want our city to become a poster city.

“I do not wish for the City of Cebu to become a big advertisement territory,” said Rama.

The mayor notes that there will be no distinctions, meaning all unnecessary tarpaulins and posters including political ones will be removed.

He expects the city to look decent again in the coming weeks should these tarpaulins and posters be removed.