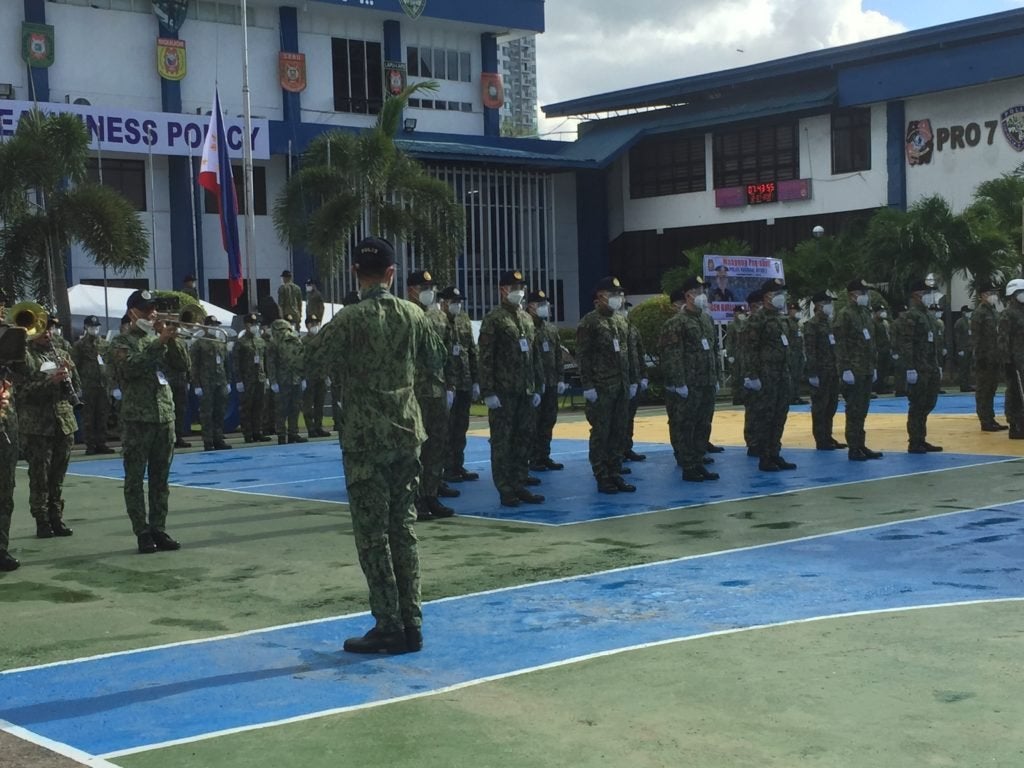 Policemen gather for an activity that was held at the Police Regional Office in Central Visayas (PRO-7) headquarters in Cebu City. | CDND file photo

CEBU CITY, Philippines — Fewer crimes were reported in Central Visayas in the last two months even if most of the localities here already transitioned to more lenient quarantine restrictions that allowed people to already go out of their homes.

Data from the Police Regional Office in Central Visayas showed a 16.41 percent drop in the crime rate for September 29 to November 28, 2021 in comparison with the same period in 2020.

However, this positive development is not a reason for policemen in the region to relax with the coming holiday season, says Police Brigadier General Roque Eduardo Vega, the PRO-7 director.

Vega said there is still a need to especially ensure compliance with heath protocols during the holiday season when people are expected to go out of their homes to shop, vacation or even attend gatherings.

“I urge the City and Provincial Directors to enforce the new Alert Level System designed by DOH to help prevent the further transmission of the deadly virus during festivities. Also, maximum police visibility on business establishments and quarantine controlled points should be strictly observed in coordination with local LGUs as an integral part of the PNP border security measures, and safeguard the public from lawless criminals” Vega said in a statement.

On the campaign against illegal gambling, policemen in the region arrested 2,483 gamblers in 931 separate operations that they conducted and confiscated P258,431 used as bets.

In a statement, Vega said, the drop in crime occurrence can be attributed to the collaborative efforts of all police units in the region.

During the height of the pandemic in 2020, the police were focused on the implementation of quarantine restrictions and the conduct of border control checkpoints.

With the improved COVID-19 situation in the country this year and under the leadership of PNP Director, Police General Dionardo Carlos, they already shifted their focus to already include the monitoring and security of commercial establishments as part of their anti-criminality drive and to also intensify their anti-drugs efforts.

Since he assumed leadership of the PRO-7 last month, Vega has also been very clear with his instructions on the need to reduce crime rate in Central Visayas and increase the crime solution efficiency of the different police units here.