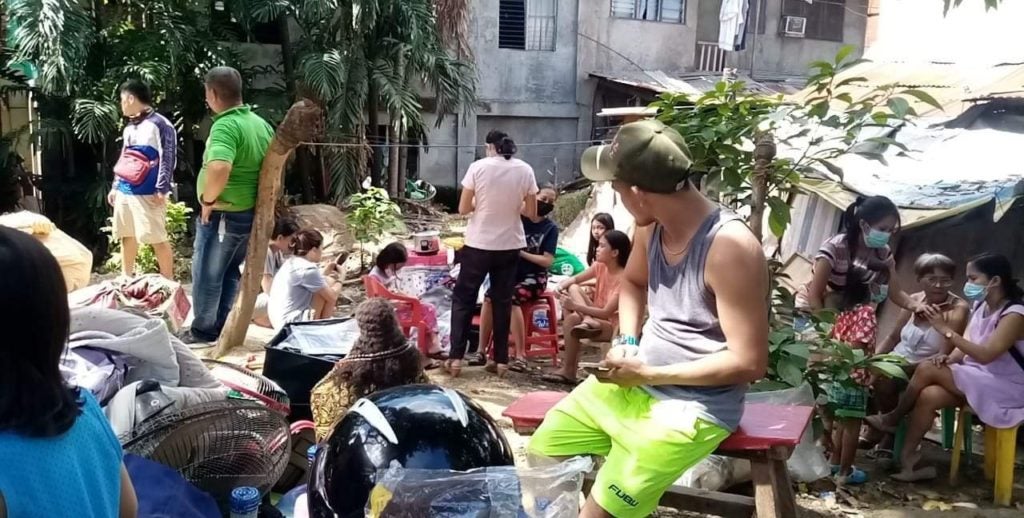 Residents of Barangay Basak San Nicolas hurriedly bring their belongings in a safe area as the fire in another part of the barangay rages on. | Paul Lauro

Basak San Nicolas Barangay Captain Norman Navarro said that most of the 115 families or 474 individuals were temporarily staying at the Basak Community School.

Navarro also said that aside from the 53 houses razed, the fire also damaged 4 other houses.

Members of the Sangguniang Kabataan of the barangay are also appealing in their facebook page for kindhearted individuals to donate for the fire victims —Clean clothes, hygiene kit, sleeping kit, food, water.

Fire investigators, on the other hand, have pegged the damage to property at P1,350,000.

Senior Fire Officer (SFO1) Riza Julve, fire investigator, said that it was difficult for them to put out the fire because the fire scene was in an interior portion of Hilodos Compound, Rizal Avenue Extension Barangay San Nicolas.

Fire investigators were also verifying if the fire started from the house of Necy Layam.

Julve also said that they had not yet determined the cause of the fire.

She said that the fire was reported at 9:59 a.m. and they arrived in the area at 10:06 a.m. where the fire was then raised to the first alarm.

She said that the fire destroyed houses along a 900 square meter area.

She also said that no one was hurt in the fire.