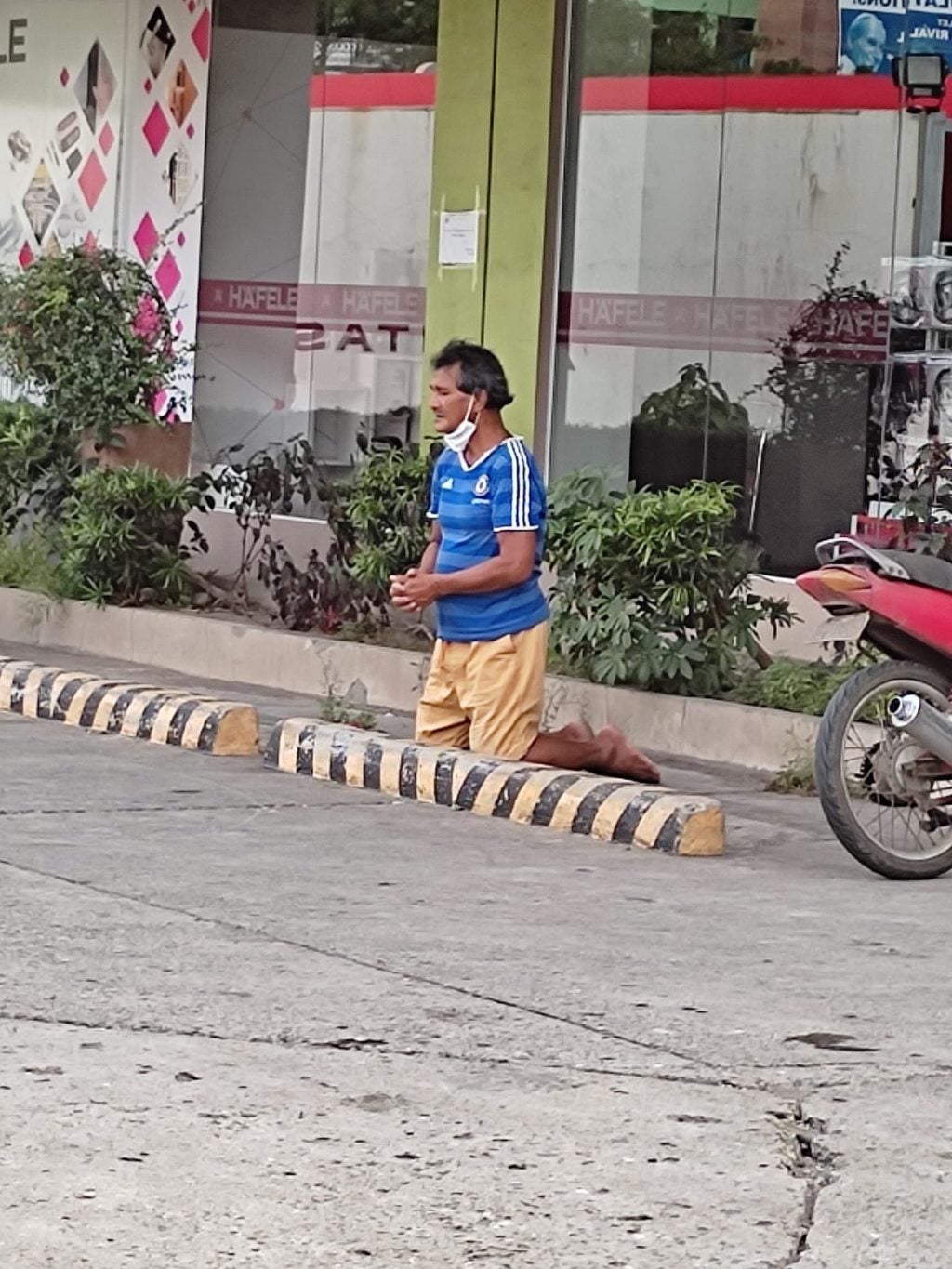 CEBU, Philippines—Prayer is one of the most powerful weapons God has given His people.

These photos of an old man praying went viral on Facebook on Tuesday, December 14, 2021, as it showed the man’s faith in prayers.

Len Robillos, the uploader of the photos, told CDN Digital that she was on her way home when she noticed the old man praying.

She said the old man made her realize a lot of things in her life and that nothing is impossible with God.

The old man was photographed outside a pharmaceutical store in Davao City while on his knees, intently praying.

Roblllos said she shared the photos on her Facebook account in the hopes of inspiring her friends and other netizens.

Read Next
Council puts Lapu under State of Preparedness