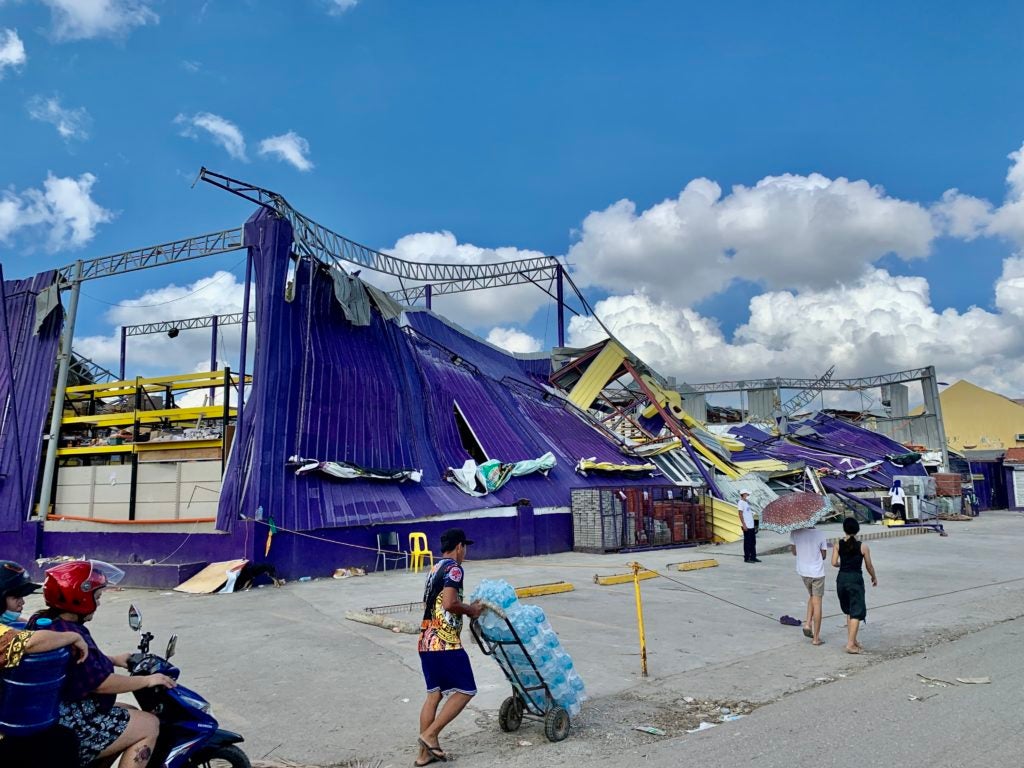 CEBU CITY, Philippines— The  chief of police of the Lapu-Lapu City Police Office (LLCPO) considers the new curfew time of  9 pm to 3 am helpful in deterring lotting incidents in the city badly hit by super typhoon Odette.

Police Colonel Arnel Banzon, LLCPO chief, said that with the new curfew, they will be able to control their areas of jurisdiction since people are obliged to stay in their respective houses as early as 9 pm.

Prior the implementation of the new curfew hours, Lapu-Lapu City had an 11:00 pm to 3:00 am curfew.

(Because we declared state of calamity, we need to have the control [of the community] to avoid looting incidents. By nine o’clock,  we make sure that people are already in their houses unless for necessary purposes. For those who will be loitering around the city [beyond curfew hours], they will be apprehended.)

(This is for us to see the clearer picture, those who will be outside for no important purpose, they are those whomost likely have plans of stealing. So to stop this, [we implement the curfew].)

Banzon said that they already have apprehended violators for curfew as they strictly implemented this in their AOR. However, he could not provide consolidated data yet.

With this, Banzon reminds the public to follow the curfew hours and not attempt to go outside with no important reasons. He reminded residents that the more they stay outdoors, the more their houses and properties are prone to looting.

Banzon said that they are also monitoring and conducting operations against those individuals who will be selling overpriced essentials such as water and fuel.

As of Wednesday, December 22, Banzon said that they have confiscated around 104 liters of petroleum fuel and 2 gallons of mineral water from 11 persons arrested.

Banzon said that their monitoring and operations against these illegal activities will continue.

With this, Banzon appeals to the public to be considerate enough of the situation of other people and not push them much to difficult situations.

Admitting that they lack of manpower, Banzon said that they are maximizing their efforts and they are assisted by the force multipliers in ensuring the safety of the community.