P22K worth of illegal firecrackers seized in Talisay City 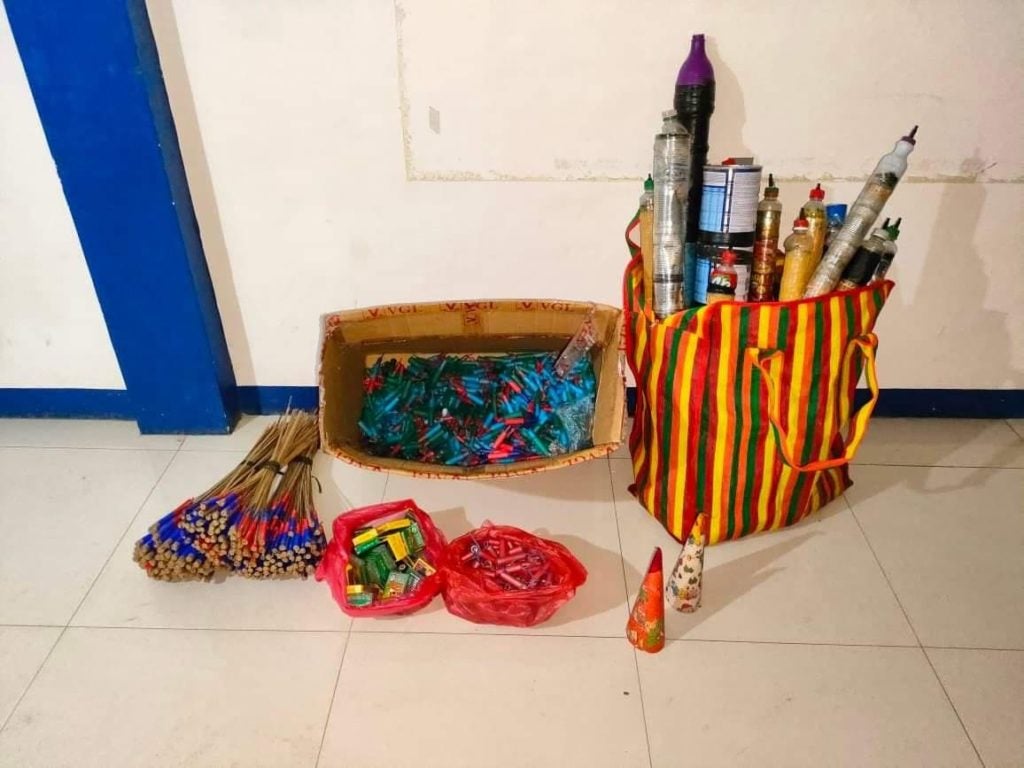 CEBU CITY, Philippines — The Talisay City Police confiscated P22,184 worth of illegal firecrackers ahead of the New Year celebration for 2022.

In a statement, the Talisay Police said they conducted a crackdown on sellers of illegal firecrackers and pyrotechnics in compliance with Cebu Governor Gwendolyn Garcia’s Executive Order No. 51 banning the use and selling of these items.

“Despite (a) massive information dissemination, there were still vendors who persisted to sell. After receiving reports of these activities, the police officers immediately spearheaded an operation to seize the illegal firecrackers,” said the Talisay City police.

The firecrackers and pyrotechnics were confiscated in various areas in the city. The total fireworks confiscated reached 2,113 pieces.

Here is the breakdown of the confiscated firecrackers and its estimated cost:

All seized illegal items will be disposed of and destroyed appropriately to prevent fire and accidents.

Garcia had banned firecrackers and pyrotechnics in Cebu Province following the devastation of Typhoon Odette for fear that pyrotechnics might cause fire in areas where debris remained.

In her EO, Garcia stated that the entire island has “practically turned into a fire hazard” in the aftermath of Odette.