Talisay cops turn to CCTVs for leads in ‘vulcanizer’s’ shooting 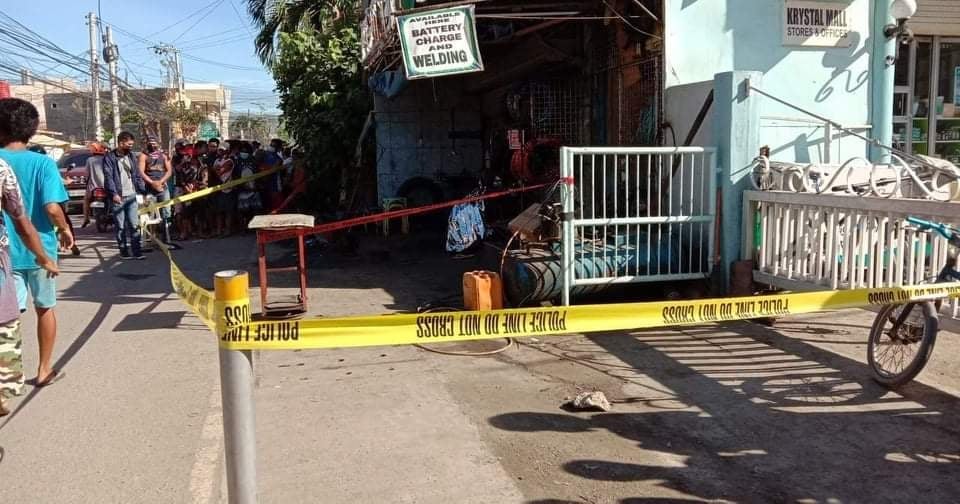 A ‘vulcanizer’ was shot dead by an unknown perpetrator outside the shop he was working with, in Barangay San Isidro, Talisay City early morning of Friday, January 7,2022. | Paul Lauro

CEBU CITY, Philippines — Policemen are looking for security cameras or CCTVs and witnesses that can help them identify the killer of a tire worker or a “vulcanizer”,  who was shot dead early morning of Friday, January 7, 2022, in Barangay San Isidro in Talisay City.

Police Lieutenant Colonel Randy Caballes, Talisay City Police Station chief, said that they had no lead yet on why Ullisis Villena, 43, a resident of the barangay but a native of Guihulngan in Negros Oriental, was killed.

Caballes said they would focus on finding footage of a security camera from nearby establishments that might help them identify the gunman.

(Now, our investigator is following up [this case] … because based on our eyewitness, they have no positive identification of our suspect. That is why we continue to investigate because we might get witnesses in the area.)

Villena was shot dead by a still unknown perpetrator while he was on duty in a vulcanizing shop located in Barangay San Isidro.

Caballes said it was at 7:57 a.m. on Friday, January 7, 2022, when the incident happened where an unidentified gunman shot Villena, who was then outside the vulcanizing shop.

He was shot several times.

They said that the shooter simply walked away from the area after shooting the victim.

Caballes also said that initial investigation on the background of the victim was that he had no prior records and he had not been engaged in any illegal activity.

The shooting incident was the first one in Talisay City this year.