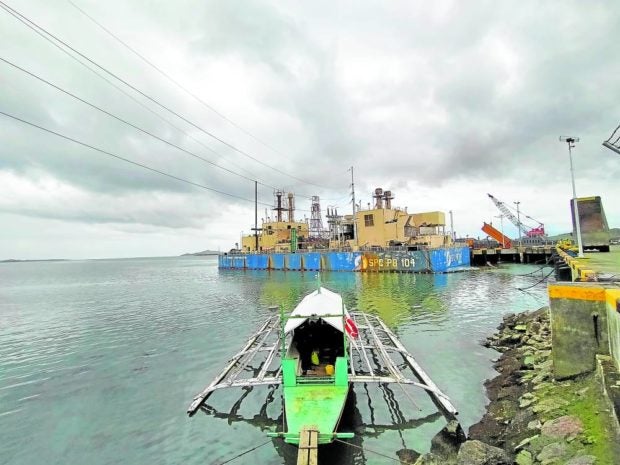 LIFELINE Power Barge 104 in Ubay town, Bohol, is one of two temporary sources of electricity in the island province where supply has been disrupted after Typhoon “Odette” (Rai) battered the Visayas on Dec. 16, 2021. —LEO UDTOHAN

TAGBILARAN CITY, Bohol, Philippines — Residents of Bohol have been warned of a possible “bill shock” as the island province started drawing electricity from expensive power sources in the aftermath of Typhoon Odette (international name: Rai), which ravaged the Visayas and parts of Mindanao on Dec. 16.

“Considering that both power plants generate using diesel, which is costly, it will have an impact on the ‘generation charge,’ which is a pass-through charge to consumers of an electric distribution utility,” it said.

“To those energized consumers, you are hereby encouraged to use/consume electricity wisely to avoid an electric bill shock [in] your next billing period,” it added.

Sherly Paga, BLCI spokesperson, said the company could not give an estimate on how much the increase in the power billings would be.

Alger Siga, Boheco I spokesperson, said the cooperative estimated an upward adjustment of “P3 to P4” per kWh in its electricity rates.

Siga said Boheco I would announce the actual rates soon, pending the finalization of the added generation costs that would be paid by the distribution utilities.

All three power distributors have entered into an emergency supply agreement with SPC Power Corp., owner of BDPP and PB 104.

Before Odette struck, Bohol was getting its electricity supply from geothermal plants in Leyte province.

But the two transmission towers—one in the island town of President Carlos Garcia and the other across the narrow channel at Barangay Tapal wharf in Ubay town—were blown away by Odette’s strong winds, forcing the province to draw its supply from the power barge and BDPP

.The National Grid Corp. of the Philippines (NGCP) said electricity coming from the power barge and BDPP was not enough to meet the demand in Bohol, which is pegged at 90 megawatts.

BLCI is receiving only 7.98 MW from the power barge through the transmission lines of the NGCP.

Bohol, a prime tourist destination, still does not have a sufficient in-island power supply and has been largely dependent on energy sources in Leyte to meet its daily power requirement.