Devotees get to join Hubo Mass 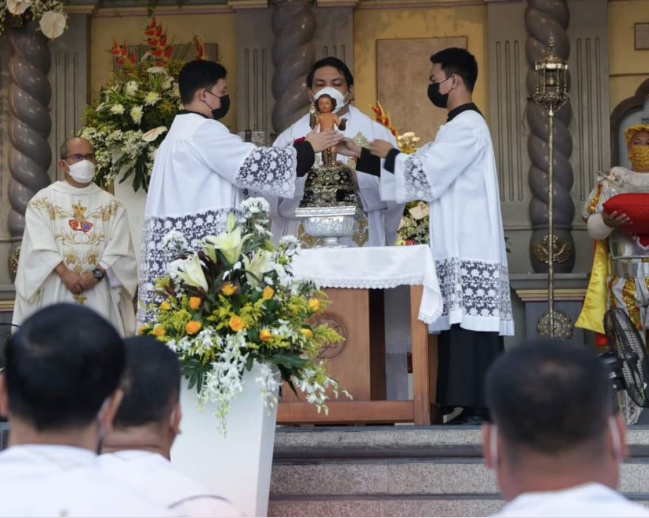 CEBU CITY, Philippines — People are again seen waving their hands and raising their images of the Señor Sto. Niño in the air while singing “Bato Balani sa Gugma” at the Basilica Minore del Sto. Niño.

This was the scene for Hubo Mass this Friday, January 21, 2022, marking the end of the Fiesta Señor celebrations this year.

The Basilica Minore del Sto. Niño opened its gates for adult devotees to join the Hubo Mass at a limited capacity.

For the first and last time for this year’s Fiesta Señor, the devotees get the chance to hear Mass and join the celebration.

The Basilica has reopened for devotees again for Masses following the end of th Fiesta Señor celebrations. 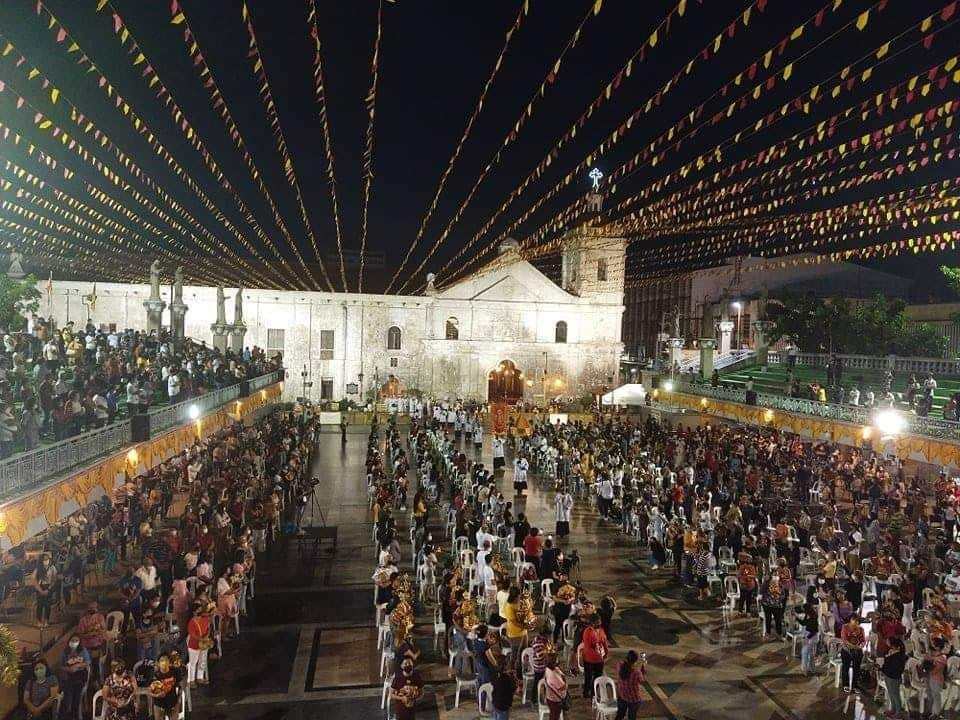 Devotees attend the Hubo Mass this Friday, which brings to a close this year’s Fiesta Señor. |Photo courtesy of the Basilica del Sto. Niño

As of this time of writing, the crowd estimates for the Hubo Mass had yet to be released, but the Basilica said that the minimum health protocols were strictly adhered to during the mass.

Reverend Father John Ion Miranda, OSA, in his homily for the Hubo Mass said that the ritual of changing the clothes of Child Jesus was a symbol of humility of the Lord Jesus and the love of God the Father.

(This day we celebrate one of the rituals, which reminds of the goodness of the Lord. The ritual of Hubo or changing of the clothes of the holy child is one of the reminders of the great love of the Lord to his people, for us.)

(Where he undress his being a Lord so that he can fulfill what he promised to unite us, that he will save us from the dire situation we are in)

Miranda reminds the devotees that this humility and sacrifice of the Lord Jesus is a calling to all Catholic Christian to follow in His footsteps to remain in humility as well.

Amid the trying times, the priest urges the public to put their faith in the Sto. Niño for it it is by His grace that hope will continue to burn through the darkness.

Read Next
Woman who went viral for slamming ‘no vaccine, no ride’ policy says sorry