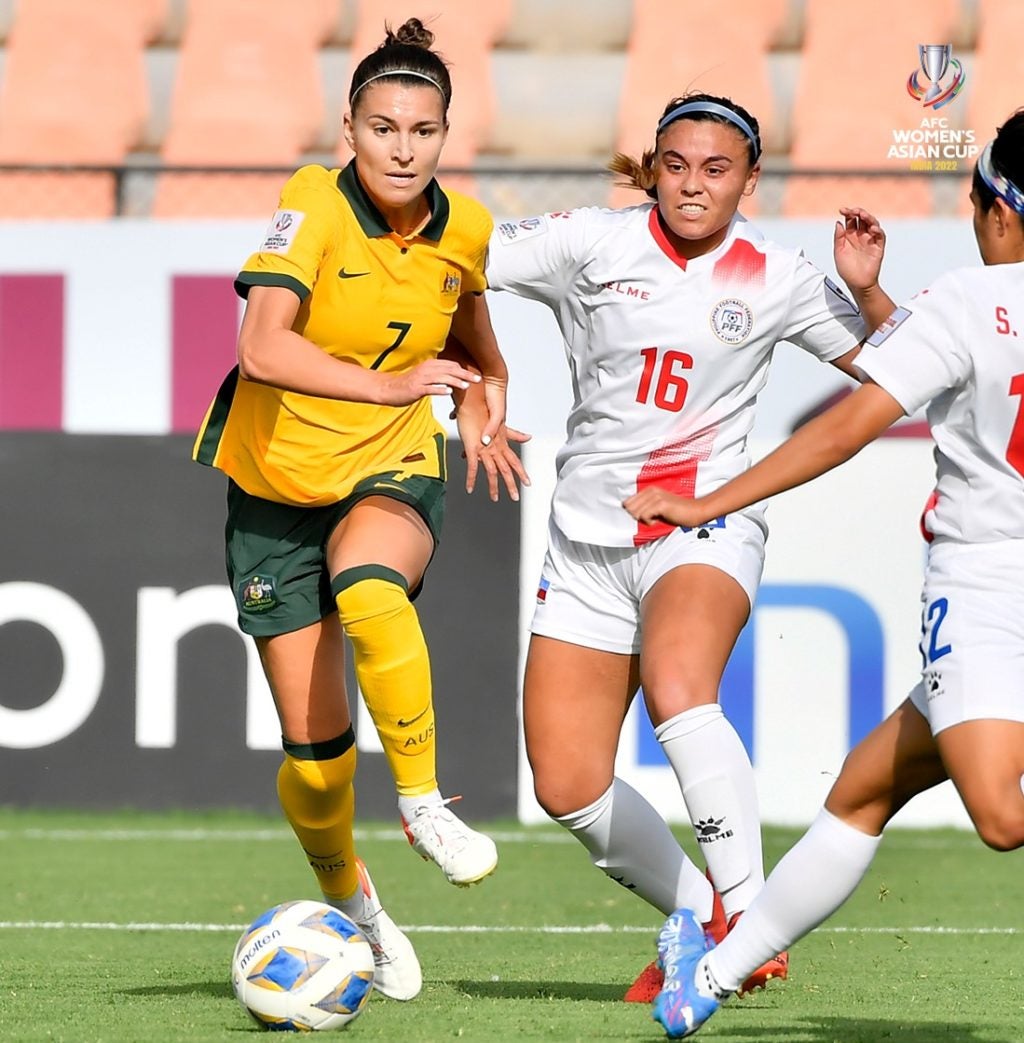 The Malditas held the Aussies to a stalemate at the half before the latter went on a rampage in the second half.

Sam Kerr initiated the scoring spree with a goal in the 51st minute. She nailed a header coming from a corner pass, enough to slip right through the hands of Malditas’ goalkeeper Kiara Fontanilla.

Things went from bad to worse for the Malditas when Dominique Jaylin Randle’s header, which was supposedly to deflect an attack from the Aussies, instead went straight to their goal on the 53rd minute.

The Aussies third goal came in at the 67th minute mark from Emily Van Egmond’s header while Mary Fowler sealed the victory with a strike outside the penalty box at the 87th minute.

In total, the Aussies were relentless on their offense by tallying 33 attempts against the Malditas’ three. They also dominated the ball possession and had more accurate passes than the Malditas.

With this, Thailand dislodged the Malditas at second place of the standings in Group B after the former won against Indonesia,4-0, in the other match on Monday. The Thais win over Indonesia gave them a higher goal differential than the Malditas.

Meanwhile, Australia is leading with a wide margin with six points. Indonesia, which is looking for its first victory, will face the Malditas on Thursday at the Shri Shiv Chhatrapati Sports Complex in Pune.